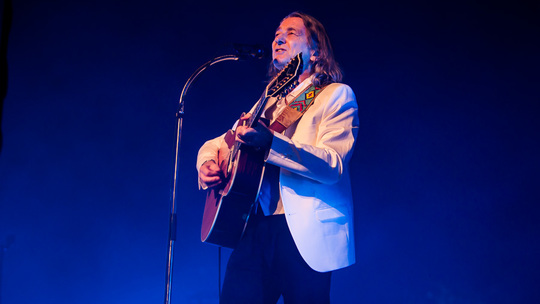 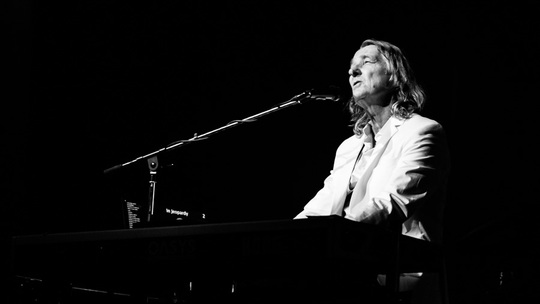 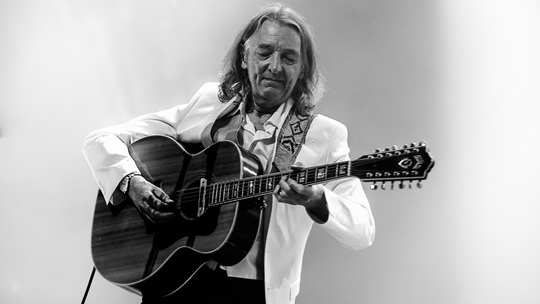 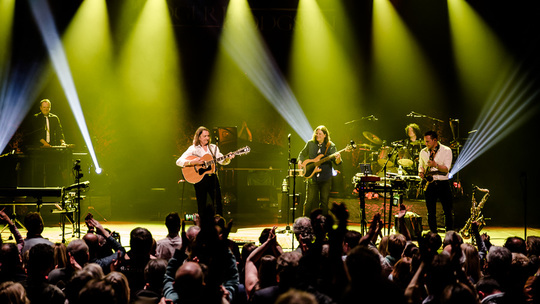 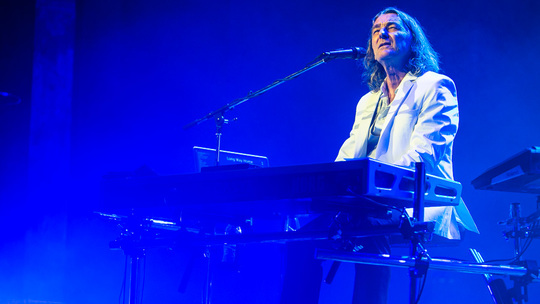 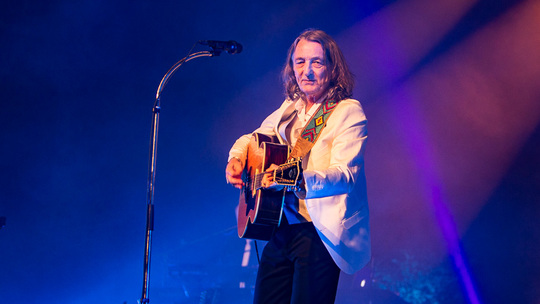 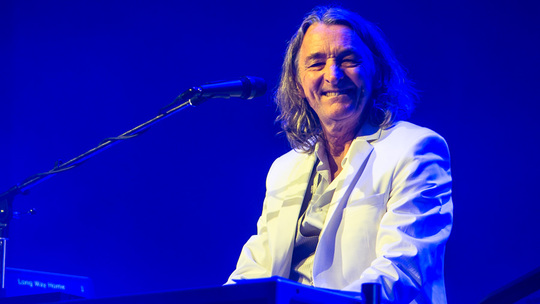 Music can bring back emotions and memories of experiences long passed and tonight at the London Palladium the audience are reliving several over the 2 hours spent in the company of Roger Hodgson.

It was around the late 70’s when I spent a rainy afternoon in Wales thumbing through my older sister and brother-in-law’s vinyl collection, and came across what is now a treasure trove of Carole King, Joni Mitchell and this weird one that had a space scene with some hands on prison bars, it was ‘Crime of the Century’ by Supertramp and after a quick cassette taping session - I played it to death on my Walkman for months and months. Songs like ‘School’, ‘Hide in Your Shell’ and ‘Dreamer’ seemed to speak to me more than most of the other new wave stuff around at the time. Gradually over the next few years I acquired Supertramp’s back catalogue, and bought their newer album ‘Breakfast in America’, but I was still too young to attend any live concerts, which was a shame as Roger Hodgson then left the band in the early 80’s rendering me ‘Trampless’... until now!

At the London Palladium it is filled with a similar range of 40-60 yr olds reliving memories of the past with friends, socialising with a beer or several glasses of wine. Roger emerges from the curtains after an introduction from Planet Rock’s Darren Redick, suitably attired in a white jacket and shirt, waistcoat and dark trousers, he’s looking relaxed, grateful for the applause and standing ovation before he’s even played a note. “Let’s do this” he says, pulling up his sleeves at the keyboard, and he and the band open proceedings with ‘Take the long way home’.

Immediately it is apparent that this isn’t going to be just another run of the mill live show, it’s so much more than that. Alternating between electric keys, a grand piano and several guitars, Hodgson effortlessly weaves the music around his audience giving an almost cathartic emotional release in some cases.

Playing a great mix of the classic Supertramp songs that he has crafted, together with a couple of relatively newer solo tracks, and the likes of ‘In Jeopardy’ and ‘Had a Dream (Sleeping with the Enemy)’ from his first solo album. Some choose to gaze in wonder, some have tears in their eyes, some join in the singing – with arms aloft, and a couple make the most of the vacant aisles by dancing in-between the seats. It’s part of the soundtrack of their lives, a kindred reunion, to relive some of the good times - remembered in song.

His instantly recognisable voice and pulsating keys are in as fine a form as you will hear, and the genuine friendliness and personality of Hodgson, comes across in waves from stage to audience.

He carefully introduces some of the songs and each announcement is met with further adulation, ‘Hide in Your Shell’ a particular favourite with many, one man ironically screaming loudly as if his shell had just burst tonight. Hodgson has written many of these songs whilst going through ‘troubled’ times in his own personal life and this has resonated so closely with his audience that some will travel many miles for his shows, Norway and Chile were shouted tonight when he asked how far people had come.

‘Breakfast in America’ is the first to get some of the crowd on their feet and then without introduction the classic opening keyboard bars of ‘Logical Song’ are heard. It’s a track which sends my internal needles flickering in the first opening seconds, for me it’s one of those rare perfect songs, insightful lyricism, clear melody and tonight an impeccable unflawed delivery. This track should be on a national curriculum for music and song writing, and it’s one that in my adolescent years I sat in my bedroom copying out the lyrics. Have to say that the punchy sax solo is one of my all-time favourites, and I was worried that whoever he has in the band wouldn’t be able to pull it off. But….Whoa!! the talent in this band is immense, and a quality tight backing of bass and drums is topped by some superb additional keys from Kevin Adamson (particularly on ‘Child of Vision’ tonight), but the multi-talented Aaron MacDonald provides the essential harmonic backing vocals and even more crucial saxophone pieces. I couldn’t be more impressed with this, and I don’t believe even Supertramp in their golden years could have performed it so well – I’m completely in bits. Thankfully there is an interval to get it back together, and most of the audience here need frequent toilet breaks these days!

The second half of the show had a stuttering start with some slight technical difficulties at the opening of ‘Child of Vision’, but it saw Hodgson crossing a path from the popular hits, into more serious Prog territory with a song relating to animals caught between ‘Death and a Zoo’ complete with the weird animal noises. Also a break from the band when he stood centre stage with a 12 string guitar and played ‘Even in the Quietest Moments’, beautiful and poignant. ‘Dreamer’, as you would expect, has everyone in the venue on their feet clapping and singing and finally 'Fools Overture’, described as 3 musical parts joined together brought the second set to a close.

It’s a great end to a perfect show. In a year when Jeff Lynne is playing many arenas across the UK with his ELO band, Roger Hodgson is doing something similar, but it’s a shame that there are only 2 shows in the UK (and both in London) on this tour, he really should be filling the same sized venues all across the country. I just hope he doesn’t leave it another 3 years before returning again. The final encore of ‘Give a little Bit’ ensured that everyone here left with a smile on their face and even more of those memories in the bank.