Band Of Gold mine a rich seam! 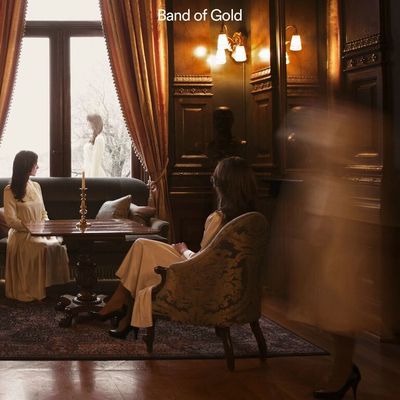 This act have been likened to Haim, albeit with sifter harmonies, and one reviewer referred to them as the new Fleetwood Mac. Whilst I agree that there is an element of both of those groups in Band Of Gold's sound they have a massive amount of their own original sounds. Frankly I have never liked referring to anyone as the 'new' something or other.

Anyway this eponymously titled début album from a very talented Norwegian band stands up really well without comparisons. The production by Nikolai Hængsle Eilertsen is impeccable as are the harmonies. The musicianship is outstanding too. Singer Nina Elisabeth Mortvedt has the voice of an angel. Overall it has a really chilled feel but it is by no means soporific. I was tapping my feet and swaying in time both times I listened in advance of this review.

I can picture myself listening to this album out in the sunshine with a glass of wine and maybe a joint. But you won't really need any stimulation to enjoy it, trust me. In a perfect world "Gush" would be keeping Justin Bieber from the number one spot in the charts.

Apart from the aforementioned "Gush" the beautifully crafted "But In The Movie Baby" is my current favourite song of the album's nine tracks. But after my first listen "No Way Around" and "Surface Me" were my favourites. The songs exude the confidence of a really established artist which is superb for a first major release.

I mentioned the chilled feel of the album earlier and it would be an excellent tonic after being out clubbing all night. However I think that a number of Band Of Gold's songs would fare well if remixed for use in a club. All round this is a marvellous début!

When are Band Of Gold playing here in the UK? Someone please tell me because I can't wait to see them live.