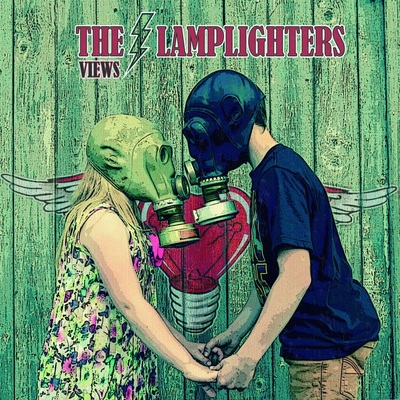 If your knowledge of German music extends not much further than Kraftwerk, Boney M and Nena with her "99 Red Balloons" then you really need to get out more. In fact if that is the limit of your exposure then I doubt that you'll be reading this. However if you have progressed to Nina Hagen, Rammstein and the like then this album from the Lamplighters will not surprise you.

'Views' gives you a stack of superb pop punk songs. Maybe they are sometimes a little derivative of the likes of Blink 182 or Sum 41, but for me they are often more powerful than their American and Canadian pop punk brethren. There is also a great Ramones feel to some tracks.

For me the stand out tracks are "I Don't Like You", "Wish", "Hold Me" and "Out Of Control" are testament to the power of the Lamplighters. I have a feeling that they are a really fun band to see live. I quickly found myself singing along to many of the songs in this collection. There are some great hooks and plenty of soaring choruses.

The band originally formed as a three piece in Kothen, Germany back in 2009. They have been through a few changes in personnel but the current line up of Schusti and Malzi both handling guitar and vocals, bass player Ante and Enno the drummer. The musicianship is first class.

They should be touring later this year in support of 'Views' and if they play any UK dates I aim to be there, how about you?