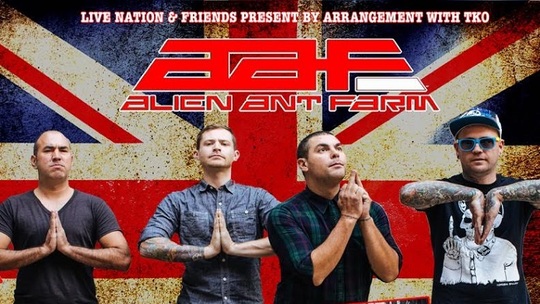 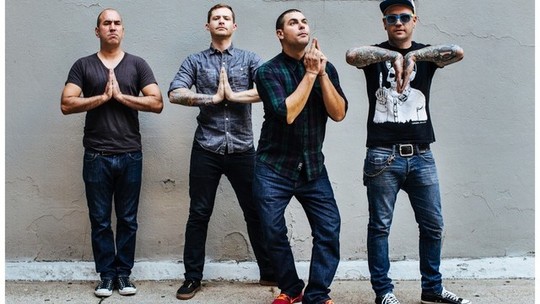 I know you want to read about Alien Ant Farm and you will. However I would like to give a big shout out to tonight's two excellent support bands.

First on were Dirty Youth and they were bloody good. It's great to see a female fronted band especially one that rocks so hard. This five piece from South Wales are most definitely worth checking out.

Next up were those magnificent Essex boys InMe. This is a band that I have heard a lot about but never actually seen them play live. Well until tonight and I am so disappointed that I never got to see them before now. They are an incredibly talented and powerful live band.

OK so on to Alien Ant Farm! This tour is in support of the 15th anniversary of the release of the magnificent 'Anthology' album. I first saw AAF at the Reading Festival around the time the album was released. I have seen them a couple of times since and they have always proved to be a very talented, incredibly energetic and highly entertaining band. So my hopes were pretty high for their show at the Duchess in York.

My hopes were certainly not dashed at all. Alien Ant Farm delivered and they did it in spades. Given that they have now been around since 1996 their energy levels are boundless. Do they have a kind of rock and roll equivalent of the picture of Dorian Gray hidden somewhere?

The set proves that the 'Anthology' album has properly stood the test of time. There are hard rock songs, softer tunes and the more commercial pop punk style of "Movies" which became their second biggest UK hit in 2002.

The crowd were really up for this show and given my advancing years I was happy to hang out on the fringe of the mosh circle. Singer Dryden Mitchell has that often too scarce ability of really being able to work the crowd and he proved it time and time again tonight.

The encore obviously drew from songs not included on 'Anthology' including the anthemic "These Days" which can be found on their first album and was rerecorded for their third release 'Truant'. I am sure that you can guess what the final encore song was right? Yes it was their barnstorming cover of Jacko's "Smooth Criminal".

For me the Alien Ant Farm version is better than the original. There are plenty of dates left on this tour. If you already have tickets you will love it. If you have no tickets then I suggest that you get off your backside and get some!