China Shop Bull smash it but break no china! 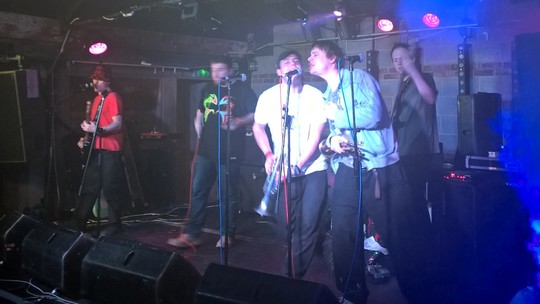 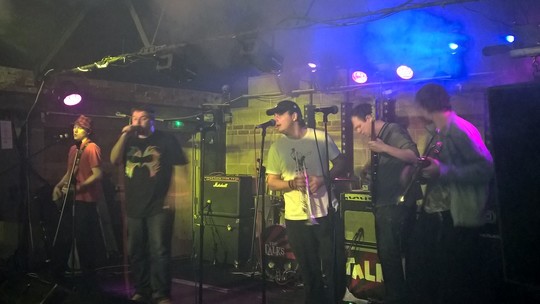 First up were the truly magnificent, Magnificent Seven. Named after the Clash song this seven piece ska punk band were superb. Just a pity that the audience was quite small when they came on. Following them were the loud, raucous and a band that knows how to crank it up to 11, the very punky, very heavy Larrakia.

The headliners were one of the best ska revival bands that I have ever seen, the Talks from Hull. They worked themselves and the crowd into a frenzied sweat with their choppy ska sound with an added slice of punk.

But I was there to see the boys from China Shop Bull. What are they like? Well if you took Rancid in their ska mode and genetically spliced them with the Beastie Boys in a lab in England then China Shop Bull are the bastard sons of that coupling.

This five piece from Leeds (via Burnley in at least one case) really smashed it. The rhythm section keep it together perfectly in the bands engine room. Then you have brass, guitar vocals and MC/ Rapper. An amazing mix that some might think on paper wouldn't work, but believe me, on stage and on CD it works bloody well.

The stand out songs for me were "Cellophane", "Czech Neck" and the mighty "King Kong". This band are hard working and would rock any stage from small club to festival. Also, for me, they have one of the best and most original band names that I have seen in many years. I would definitely see them again.