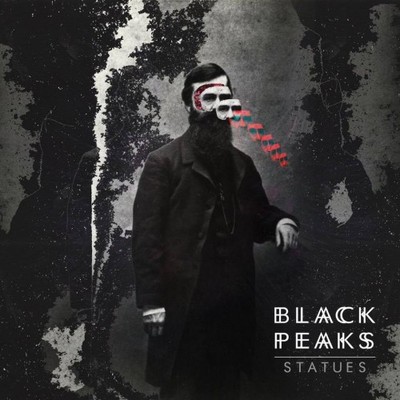 There is no slow introduction to this album - Black Peaks announce themselves from the start of ‘Statues’'s first track, waging an assault on your ears.

The opening to the second track could almost be picked out from a pop punk album before business returns to the face-melting usual; it’s moments like this that illustrate how far the inspiration for this album reaches. While many of the individual ideas may not themselves be revolutionary, the combination of almost-familiar riffs in altogether unexpected patterns is what really sets this album apart from much of what is being produced at the moment.

‘Glass Built Castles’ is one of the older songs on the album, and was the benchmark for the release. While all too often bands have a promising live show, teasing one or two solid singles before releasing mediocre or filler albums, Black Peaks have not allowed a single sub-standard track onto the record. It is undoubtedly difficult to release a debut, perhaps more so with the weight of expectation, but this album sounds like the product of a band who are well aware of their identity, their musical goals and influences. It’s experimental, but coherent.

If there’s one thing that’s missing from an album that echoes so loudly with prog and metal influences, it’s the guitar solos. There’s no desperate need for them, but it becomes apparent when listening to ‘Set In Stone’ what welcome an addition they’d be-a short but sweet solo demonstrates Gosney’s talent without overshadowing or overwhelming the rest of the song.

For those already fans of Black Peaks, this is surely an ideal first release, capturing the energy, imagination and raw talent of the band members. For those who’ve yet to hear of them, it’s the perfect introduction, 11 songs that are well worth your time.