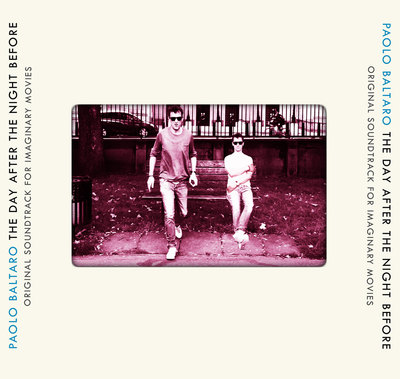 Paolo Baltaro is a multi-instrumentalist, songwriter and producer. He was born in Genoa, (Italy) and now lives in London. Whilst living in Italy Paolo joined the Neo Prog band Arcansiel at the time of their third album, 'Normality of Perversion', which was followed by 'Swimming in the Sand'.

In 2008, he formed the experimental nu-jazz quintet S.A.D.O. (Società Anonima Decostruzionismi Organici) as a spin-off of Arcansiel. With S.A.D.O., he was made the 12th ‘Price Demetrio Stratos ’ and also won the "Darwin award of Italian non-conventional music".

In 2010 he was awarded best progressive producer of the year by the Prog Award webzine for the conceptual bilingual album 'Weather Underground'. In 2011 he released 'Low Fare Flight to the Earth', his solo album, as singer and composer, playing all instruments, for Musea records.

Now based in London, Paolo is also the drummer of acclaimed Italian punk band Sorella Maldestra, and producer of their second album, 'Maltempo'.

In 2016 he released his first book in Italian, “Gli Ambienti Teorici Multidimensionali”, with an English language edition available soon. This year, in addition to releasing his new solo album 'The Day After The Night Before', Paolo will produce 'Call Porter' (a very alternative remake of classic Cole Porter hits) with the Brazilian jazz star Lica Cecato, he plays guitar in the new Sound Wall Project album, produced by Andrea Bonizzi, with Colin Edwin of Porcupine Tree on bass and is releasing a 7 inch record containing the soundtrack he wrote for the new Ricky Mastro movie, La Tempête.

"The Day After the Night Before” (original soundtracks for imaginary movies)", comprises eleven songs and a hidden track. Each song is intended to be the soundtrack to a different movie; 10 of them are imaginary, one is not ('Do It Again' is the real soundtrack of the forthcoming Ricky Mastro's new film).

The album has been designed to be listened to from start to finish. Each song embodies the soundtrack to a film. The rock, pop, progressive moods and experimental mash-up that feature on the album is pure Paolo's style. This is his second solo album, six years after "Low Fare Flight To The Earth", and follows previously released records with Arcansiel, Mhmm, Roulette Cinese, S.A.D.O. and Sorella Maldestra.

Paolo sings on all the songs and plays most of the instruments, with the contribution of several guest stars and his dog, Filippo, contributing to the proceedings with some accomplished barking here and there. All songs are original compositions by Paolo, except a crazy version of 'Bike' by Syd Barrett and 'It's Alright With Me' by Cole Porter, that celebrates the unreleased collaboration between Hendrix and Miles Davis, via a psychedelic saxophone solo by Luca Donini, which has been electronically altered to obtain a real lysergic trumpet sound.