OnBlackheath is a music, arts and food festival held in Blackheath, United Kingdom over 2 days.

MY BABY At OnBlackheath Festival 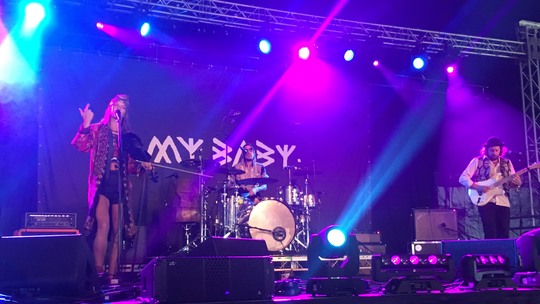 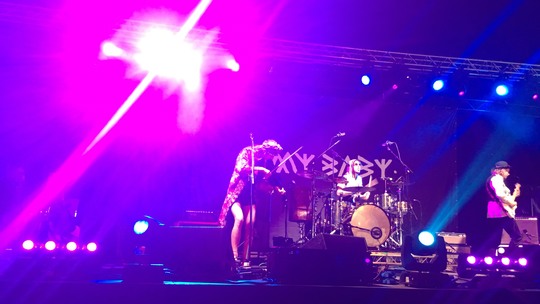 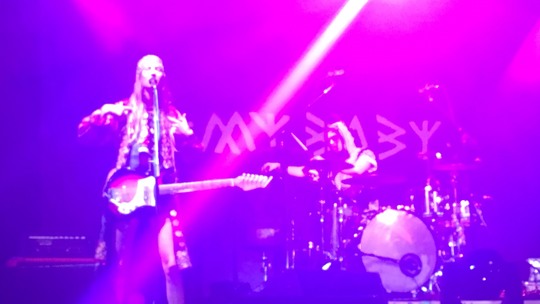 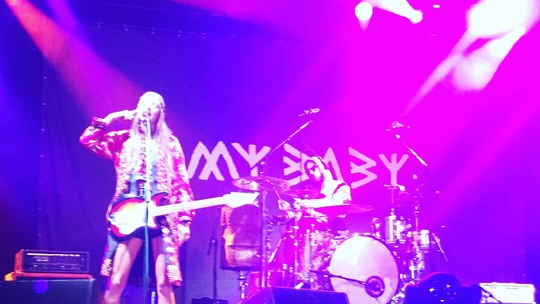 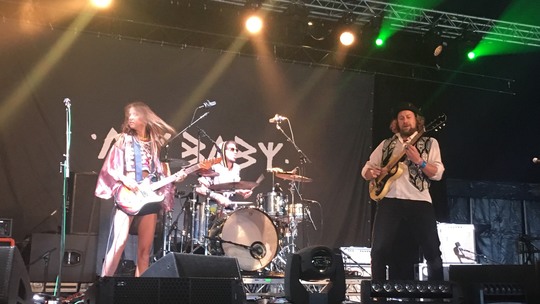 Psychedelic Dutch trio MY BABY’s reputation as a formidable live act has been spreading like wildfire by word-of-mouth in the campsites of some of the UK’s major festivals this year. Leaving a trail of mesmerised new fans from performances at Isle of Wight, Glastonbury, Shambala and Bestival, it was time to close an eventful Summer with a final show at London’s OnBlackheath, where this reviewer finally got to see the magic upfront.

And so, they land onstage, all colourful and shiny and adorned in exotic trinkets, to the palpable excitement of an ever-increasing crowd. Front woman Cato van Dyck cuts a magnetic stage presence, leading the set with ‘Love Dance’, from their latest album ‘Prehistoric Rhythm’ – a crescendo of dreamy, tripped-out vocals and rustic violin riffs set to the backdrop of pulsating disco bassline and tribal beats. MY BABY already sound innovative and unorthodox on record, but live their tracks take on a different character and wider range – like running from a gipsy campfire into a pumping rave.

Next track, ‘Remedy’, is a great example of this. Starting off as a straightforward melody in Cato’s powerful voice, it soon becomes a multi-layered adventure of lysergic guitar riffs and entrancing percussion, while the lyrics build up on repetition like a hypnotising mantra. MY BABY’s energy is contagious and soon everyone is dancing.

‘Sunflower Sutra’, their latest single, follows – rootsy blues riffs heightened by tribal incantations transform into something reminiscent of 90s electronica on magic mushrooms, and then back again. ‘Make a Hundred’, an uplifting gospel-tinged stomper, gets the psychedelic treatment and leads to some excited crowd participation. And who happens to be watching from the photo pit, enchanted by the spectacle, but the one and only Seasick Steve.

If there was one criticism to be made of this show is that their set was so painfully short. Closing theatrically with the call-to-arms of ‘Uprising’ and the entrancing, mesmeric ‘Seeing Red’, MY BABY gave a jaw-dropping performance in the space of a mere 30 minutes, leaving an ecstatic audience begging for more. The good news is, they are kicking off a UK autumn tour at the end of September and you’d be highly advised not to miss the chance to see them live. MY BABY are your new favourite band, you just don’t know it yet.