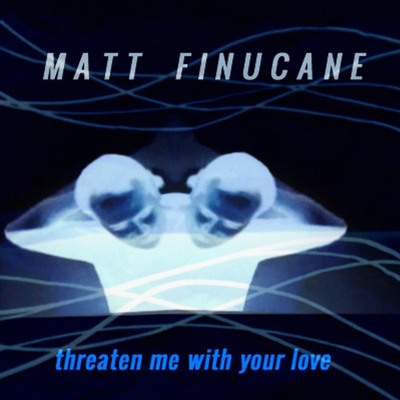 Brighton-based musician Matt Finucane will be releasing his new EP ‘Threaten Me With Your Love’ via Light Crude Records on October 25.

This is not your standard Brit-Pop. Finnucane is usually known for innovation, with sound experimentation, layering and fluctuations within the music's structure itself, ranging from full-fledged psyched out Pink Floyd-ish granderie at one moment, then over to stripped-down Bob Dylan-like moments of minimalism and pensiveness - as with his previous release "In the Evil Empire".

Recorded with assistance from Mik Hanscomb of Junkboy, who also plays in Matt's newly-assembled live band, ‘Threaten Me With Your Love’ is both intense and focused.

But this is not the first album for this artist. Matt Finucane’s career spans two decades in the dark underbelly of compulsion. His is a drive to cut through the static with intelligent, gripping, spooky music – it’s a way of life, not a lifestyle.

After two further single releases and putting together a live band, he’s now touring an EP in October 2017, with a second EP ready for 2018.