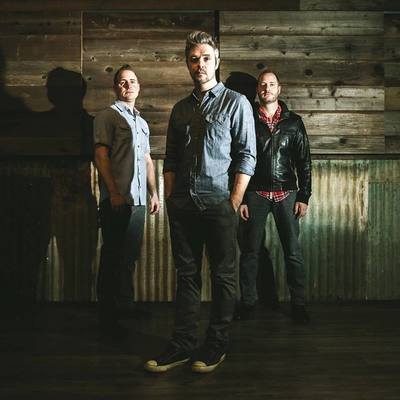 Static and Surrender’s self-titled debut leads with the powerful vocal presence of singer Jeff Campbell and combines perfectly with the band's infectious melodies. Together, they unite to create gripping, yet radio-friendly, roots-rock anthems.

Formed in San Francisco, CA, Static and Surrender is comprised of Jeff Campbell (lead vocals, guitar), Adam Schuman (guitar, vocals), John Schuman (drums), and Chili Corder (bass). The foursome was recently signed to Funzalo Records and are currently touring throughout California giving fans a preview of their debut album to be released on July 13.

By 2016, brothers John and Adam had established themselves in popular Bay Area stalwarts such as The Trophy Fire, landing critical acclaim and gigging alongside everyone from Dredg to The Dear Hunter. Within that same scene, Jeff earned recognition by receiving national songwriting awards, shared the stage with titans such as John Mayer, and fronted Pine and Battery, among other acts. One night, a chance encounter between Jeff and Adam paved the way for what would become Static and Surrender.

The irresistible songs run the gamut from the melodic groove of album opener “If Only We Could Sleep” to the raging drum bombast of the last track “Not Another Dime.” While in-between you will find the soul-searching and introspective “Mary Shelly”, “Slow Crash” and “Killing the Vibe.” Through-out the self-titled affair, Campbell carries the songs with his passionate vocal delivery, and the rest of the band rises to each occasion with music that effortlessly matches and complements the mood.

Static and Surrenders inaugural outing is quite an impressive debut; it’s filled with songs that will seem familiar from the moment that they first are heard. Yet, each meticulously-crafted track contains plenty of rewards that will quickly reveal themselves even as the grooves become implanted in your brain. Static and Surrender is certainly a band to keep an eye on as their songs gracefully walk the fine line between being radio-friendly and respectable.