If Coldplay Were A Christian Rock Band... 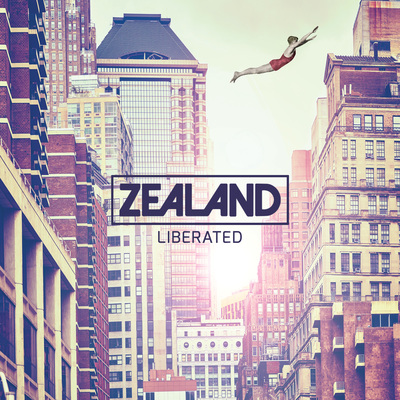 Phil Joel is not a new name to those that follow Christian. He also won't be a new name to those that play close attention to the Grammy Award nominees year in year out. For Phil Joel was once part of the hugely acclaimed Christian outfit Newsboys, before the New Zealander took a step towards a solo career. While his solo records were impressive, they do not come close to the anthemic drive of his new project, Zealand.

'Liberated' follows in the wake of the impressive debut EP, 'Worship', and is an album that may fall into the Christian rock genre, but would easily fit in the collections of anyone who enjoys rock, indie and pop. For this is Coldplay with a Christian conscious.

Although the lyrics may be rather obvious in their religious drive, the sound itself would fit flawlessly on commercial radio. And with the clever double meanings on the more emotive and devotional songs allowing for those not of a Christian persuasion to find them uplifting and connective, there is little reason that this band should not be stadium rockers on their own merits.

While the band's religious leaning may be initially off-putting for some, we would advise you listen with an open heart and open mind, for they could very well be your new favourite band.