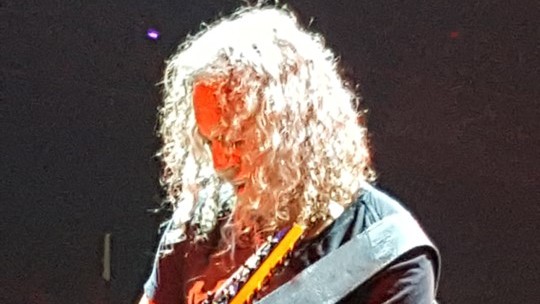 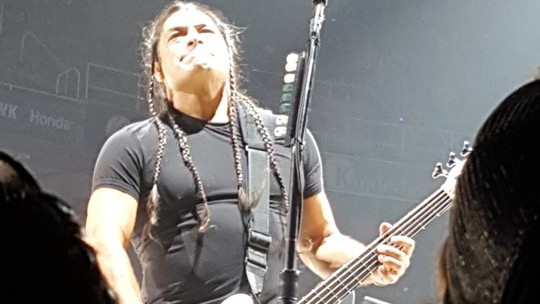 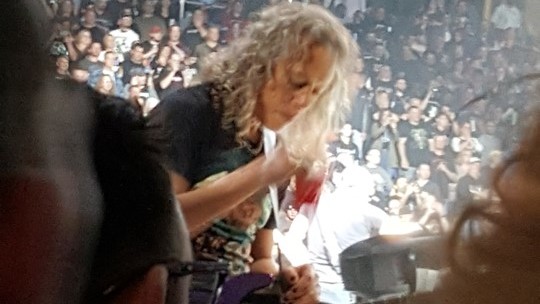 With a recent stellar album release piggybacked with an enormous tour in support of it, it is a great time to be a Metallica fan!

Three decades plus into their career, they continue to deliver hard hitting performances showcasing their colossal catalog with a nice cross section of songs old and new, hits and deep cuts.

Other numbers such as 'Now that we're Dead' emanated a tribal feeling with a hypnotic drum circle interlude all the members participated in as directed by Ulrich. Taking a step back in time to their second album 'Ride the Lightning', they headed into the vault for 'Creeping Death'. A true light show was in force as well with the use of drones flying around in the manner of insects during 'Moth into Flame' and usage of pyrotechnics throughout the night.

At the conclusion of the concert, Ulrich tossed drumsticks into the crowd while Hammett sprinkled picks from a small metal pumpkin pail into the audience much in the manner of fertilising or watering a garden!