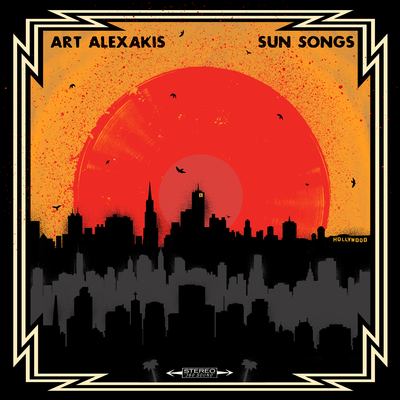 Art Alexakis has always tackled alarmingly grown up subjects with Everclear, and so it fits that his debut solo release continues to push subject matter boundaries, unconfined by the badge of alt-rock stalwart, armed with an acoustic guitar and a deep, dark wishing well of ideas.

He’s still restless, hyper-aware and driven, perhaps now more so than ever, since he shared the news of his MS diagnosis with the world earlier this year. He told Rolling Stone, “I am really finding the glass half full. If they put me in a home somewhere, I’m gonna piss people off because I’ll be listening to music really loud."

Clearly the disease isn’t going to slow him down, he’s too much of a force of nature. He has pulled-off his ambition to make a solo record on which he played everything, albeit making some amends to accommodate his condition, “It was a challenge. I figure out the drum parts and then I use my hands, since I can’t do it with my legs," he said.

Acoustic guitar is a known barometer for a good song, and on ‘Sun Songs’ there are plenty of those. The standout track for me is definitely, ‘Line In The Sand’, it’s a haunting, simple, echoey beauty of a song, “ We wanted to believe in things we couldn’t see... we wanted to believe there was a master plan… everywhere we look we see a line in the sand… it seems like everything we do takes us over the line…”. The moving track ‘ The Hot Water Test’, also the first single from the album, speaks of a test they used to use to detect MS while ‘House With A Pool’ ponders the materialistic, misguided badges of honour.

With ‘Sun Songs’ Art Alexakis shares his (very) personal and political thoughts with a learned sensibility and a fire in the belly. Far from sombre, this is an impassioned album that feeds the soul, the mind and the spirit.