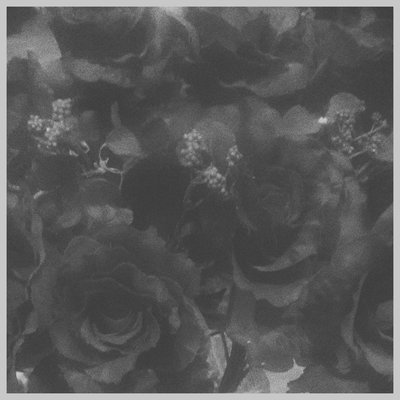 In early 2019, four teenagers from Jakarta, Indonesia formed Camlann. Of all the music genres available, they chose to play a dark genre known as Dark Post-Punk. Uniquely, they mix Post-Punk with the shimmering and ethereal sound of Shoegaze. Although Influenced by Post-Punk and Alternative 80s bands such as Joy Division, The Smiths, and Cocteau Twins, Camlann can still make their sounds original and unique. On August 4, 2019, they released their first EP entitled, "The Arrival". This 4 track EP invites you to see the dark side of human nature, which mostly talks about mental disorders and the twists and turns of human life. Interestingly, these dark and depressant lyrics were written by a 15-year-old kid.

The first track is titled "What's the Worth of Living?". From the title you already know that this song will be a grim song. The song lasts approximately 5 minutes and will really take you to the world of melancholy created by Camlann. Melancholic and moody vocals as if his soul was tired of life, the 80's guitar chorus sound with a heavy surf punk riffs, haunting, dark, and aggressive bassline that will strike you to the heart, a dark and dreamy synthesizer that will make you fly, and an aggressive but calm drum will really make you float in a sea of ​​melancholy. The lyrics of this song are also very poetic and hopelessly depressing. I think the songwriter is very inspired by Morrissey's song-writing style since they both have some similarity. In this song, we can all hear influences from several Post-Punk bands such as The Cure and The Smiths. The melancholia of this song both in lyrics and melody will really make you part of being a hopeless romantic.

The second song is titled "I Can't Forgive You". This song tells about someone's mistake that can not be forgiven until classified as a big sin. Again, the songwriter wrote this song very poetically and sensitively. The chorus that reads, "You almost killed me, you almost killed your friend." really realized how someone can kill someone directly or indirectly.
This song is dominated by a very dark but melodic synthesizer that takes you into the darkness of this song. In the darkness of this song, this song strangely brings dance to the listener, This is because the drums are very danceable and upbeat. The bassline of this song also brings a bang that in addition to bringing an aura of darkness increasingly felt, but also adds groove to the dancefloor. I can hear influences from Joy Divison and Clan of Xymox in this song. Unfortunately, in my opinion this song is a little flat because there is no guitar. However, in broad outline this song is interesting to hear and is suitable for your goth night party.

The third song is titled, "Miss Lou Lou". This song tells about a woman who became the idol of all men because of her beauty and charm. However, this song also tells the dark side of Miss Lou Lou. Here, the ins and outs of life and the ins and outs of a young woman's life are truly told dramatically but realistically. Listeners will be aware that the life of a beautiful woman is not only limited to sparkling and happiness. This song is dominated by the sound of synthesizers that are very dark and tend to be slower but there is an aggressive element, like the waves at night. This song is not as melodic as the previous tracks, but still keeps melancholy elements in it. The synthesis here really dominates and makes you sink into the dark. The atmosphere of this song is very pronounced, this is due to the sound of the synthesizer which tends to deep and bassline which is very aggressive but brings dances and a drumbeat that fills the song precisely. Realistic but rather dramatic lyrics mixed with melodies that seem to come from the darkness really made this song dark. The autopsy of this song to the sound of Darkwave 80 makes me quite impressed, this song reminds me of the glory days of The Batcave.

The fourth and final track is titled "Possessive and Possessed". This song tells about a secret admirer who is very possessive. The lyrics of this song are not as poetic and melancholic as the previous songs and tend to be more creepy and dark in some kind of ways. What interests me about this song is that the melody tends to be more different than the previous 3 tracks. Melody is more directed towards New Wave and Funk but there is still a Post-Punk element in it. Relaxed vocals, funky and danceable guitar riffs, dark and haunting bassline, synthesizers that are much more cheerful but there is a mystical atmosphere, and drums that are very funky and danceable, making this song my personal favorite. The mystical aura created by the synthesizer and bass as well as the guitar and drum that makes your feet want to sway really makes this song cheerful but has a mystical aura behind it. Interestingly, this song ends with the strains of a piano that is haunting like the soundtrack of a 40s horror movie. Ending this song brings the message of this song to be more felt and heard by the listener. I can hear influences from New Order and Blondie here which are quite different from previous songs.

Overall, this EP is a good start from the arrival of these 4 teenagers. The poetic and deep lyrics, and the dark but inviting melody of this dance really make this EP worth a listen. This album is an invitation to enter the world of melancholy and darkness. Overall, I will give this album a rating of 8.7. This album is highly recommended especially for lovers of Post-Punk, Indie, New Wave, and Darkwave.