The State Of The Nation Addressed 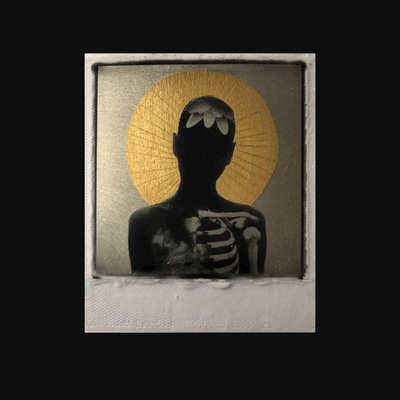 'Humanist' is the brainchild of multi-instrumentalist and songwriter Rob Marshall. Two years ago he collaborated with Mark Lanegan on the critically acclaimed album ‘Gargoyle’ and on his eponymously titled debut album he has gathered together a number of singers including Lanegan and the iconic Depeche Mode frontman Dave Gahan. As well as writing the entire album Marshall also produces it, having taught himself the ropes by watching his producers over the years.

The first track ‘Intro’ is a swirling industrial soundscape that makes an arresting start to this album. ‘Kingdom’ features the growling Johnny Cash style vocals of Lanegan. It is what Nashville would have sounded like if it had been situated in the North of England. It is a track unlike anything else that is around at the moment and it throbs with power, energy and invention as the wall of noise increases in volume until it consumes everything in its path.

‘Beast of the Nation’ starts with a driving guitar solo that then underpins Lanegan who delivers another powerful performance. The vision of a hard, largely exhausted landscape came into my head when Lanegan delivers the couplet, ‘I took a train to nowhere and nowhere is a place I’ll never leave’. It sounds like an elegy for a forgotten way of life in a neglected part of the country.

Madman Butterfly is the vocalist on ‘Lie Down’, a subtly powerful song that draws the listener in to a world where the fatigue of everyday life takes its toll but leaves a small light of hope for people to strive for. ‘Shock Collar’, featuring Dave Gahan, sounds like a lost Depeche Mode track in the best possible way. It isn’t a derivative copy, it is a song built around that magnificent voice and illuminating it in a completely new way. The chorus with its derisive repetition of the word liar could be and probably is a comment on a post truth world. It is definitely the standout track on the album.

Carl Hancock Rux is up next on 'Ring of Truth' which sounds like a Nick Cave track with a disconcerting tune and doom laden lyrics that unsettle the listener. Skull, once again featuring Lanegan, sounds like later David Bowie and is a superb track with a fantastic tune that Bowie himself would have appreciated. ‘In my Arms Again’ with Joel Cadbury starts off as a folk song that speaks of a distant past that may hold answers for us today. The discordant guitars joining in seem to be the noise of modern civilisation overpowering the old wisdom that is still trying to make itself heard. ‘English Ghosts’ sees John Robb of The Membranes contribute his unsettling soft punk vocals to great effect. ‘Truly Too Late’ features Ilsa Maria whose gorgeous swooping vocals add a softer touch to the album as she laments the lack of time leading to the problem that we all face where we sacrifice the wrong things in life.

On ‘Mortal Eyes’ Carl Hancock speaks over a softly insistent beat and examines the conflict between the rational and the spiritual. ‘How’re you Holding Up’ is another Nick Cave style track with gorgeous, plaintive vocals from Ron Sexsmith looking back at a failed relationship. ‘Shoot Kill’ is a doom laden track with a heavy rock style vocal courtesy of Jim Jones. ‘Gospel’ once again features Lanegan and could easily have come from one of Johnny Cash’s final albums as he confronted his own impending mortality. Mark Gardener of Ride appears on ‘When the Lights Go Out’ which ends the album in a hopeful vein as he sees a way to somewhere else to start again.

This is a truly original, powerful and thought provoking album that confirms Rob Marshall as a serious and influential talent.