Y Not Festival... Why Not Indeed! 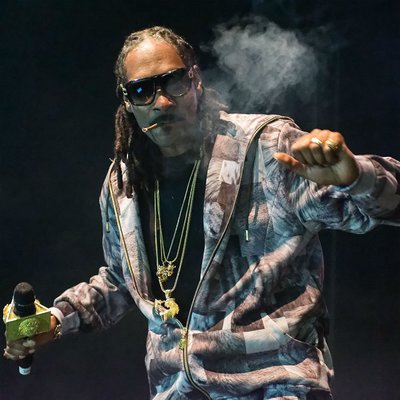 So as another festival season is in full swing Subba-Cultcha sent me to the Y NOT festival. Set in the rolling Derbyshire dales, the headline acts of Snoop Dogg, Basement Jaxx and Primal Scream really appealed to my eclectic retro tastes.


Having been going for 10 years now this fest knows what it's doing, with a capacity of around 10,000 it still has a small intimate feel but with plenty to see and do. Stunning panoramic views of the countryside, several fully stocked bars of local ales and ciders, a mouth-watering selection of food and more live music than you could ever possibly take in, this is an exciting independent fest.


We arrive on the Friday about midday and get pitched up, although there is the usual refugee camp scene, entry was fairly swift, there is still plenty of room and everyone is in high spirits. A bit of a tour round to get our bearings, we realize any music conflicts wont really be a problem as to walk from the main stage to the furthest away tent was about 5mins, so getting to see 2 or even 3 bands on at the same time is possible.


A few pints of ‘Hairy Helmet’, ‘Berry Dangerous’ and ‘Shakademus’ (to name but a few of the ales on offer), we wandered around the multitude of tents and bars dipping in and out of the live music, soaking up the great atmosphere and a few sun rays.


As the evening drew in everyone headed towards the main stage. I was really looking forward to seeing Super furry Animals but have to say that as the set went on it did feel like they were going through the motions, none of their up tempto tunes that could have got the crowd going appeared and was persuaded to see Less than Jake instead, a mad half hour of moshing picked me up ready for SNOOP! He did not disappoint! Being a great showman and giving the crowd what they wanted. He happily dropped in all his hits and collaborations, with nods to Tupac and Biggy and a crowd bouncing version of "Jump Around" by House of Pain. He totally owned the stage and produced a great end to the day.


Saturday brings a bit of unpredictability with the weather, the odd sporadic shower followed by blue skys, this didn’t dampen the spirits and just meant we had to hurry from tent-to-tent-to-bar.  I catch Vant in the Giant Squid tent, who have drawn a big crowd that spills out, offering a crowd-pleasing serving of solid indie rock with glints of Pixies and early Foo Fighters. In the Saloon bar we find Habberdash a 3 piece absolutely rocking out this tiny venue with anthemic catchy tunes.


Saturday evening at the main stage brought my musical highlight, Ocean Colour Scene. Having been around for over 15 years they are still on top form vocally and musically with all the hits present and correct, including "The Riverboat Song", "The Circle", "100 Mile High City", ending with what proves an almighty singalong, "The Day We Caught The Train".


With a shift of gear on comes Basement Jaxx with a joyous fiesta of colour and movement. More of a DJ set interspersed with hit tunes the whole crowd got their dance on, and the culmination of where’s your head at with fireworks and confetti cannons ended Saturday on a big high.


Sleepy Sunday comes around and I am flagging a little, beers at the tent with occasional outing for sustenance is all I can manage during the day, which was really good fun! Sitting round chatting with your mates is actually what festivals are to me, the relaxed atmosphere and random conversation with passing strangers always end up the best stories.


Ending the fest were Primal Scream and singles such as "Kill All Hippies" and the dystopian disco of "Swastika Eyes" are a lovely surprise alongside the big anthems of "Country Girl". Everyone knew what they wanted and they delivered. All this ensured the festival ended on the right note.


Overall this is a brilliant festival, small-ish in size with a line up of a much bigger event. Great atmosphere for a families, people on there first festivals or like me, people who can't deal with the huge fests anymore and want an easy going great time. I already have next years penciled into the diary and look forward to seeing the line up because I know it will be interesting and exciting.


To find out more about Y Not festival click here.


Words and pictures by Darren Clegg