'Blood' marks the welcome return to the music scene for Lianne La Havas, who wanted to channel her Jamaican roots whilst recording the record. She enlisted the help of producer Stephen McGregor and Paul Epworth to help incorporate that vision, the latter of which being the co-producer of lead single “Unstoppable”, a jazz-pop number that La Havas’ breezy vocals saunter over in a Jessie Ware-esque style. It leads nicely onto “Green & Gold” where La Havas brings out a luscious, lower vocal through the vocals and an even more lovely middle eight “ancient stone, green and gold”. 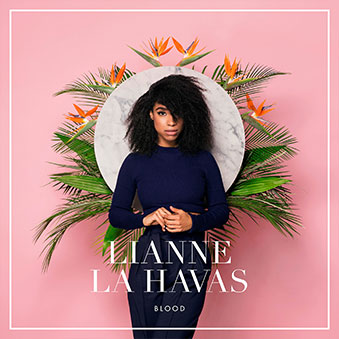 The album has a heavy theme of a sour relationship throughout, the one highlight in that area comes in the upbeat, “What You Don’t Do”. A slightly oxymoronic number that turns a slightly negative phrase “it’s what you don’t do” into a more positive moment as well as packing a Gospel choir-esque backing vocal, what isn’t there to love?


“Tokyo” is a song that will break listener’s heart from the beginning to end, a song that uses the metaphorical “Tokyo” as a hybrid for a long distant city, a city known for not sleeping yet loneliness creeps into La Havas. The song features a beautiful belt from La Havas towards the ending.


The Jamaican roots make an appearance around the wonderful “Midnight”, where La Havas adopts a more Jamaican tone to her voice. You will find yourself echoing the catchy “You’ll never know the places I go”. The song is placed next to the beautifully catchy “Grow”, a song about avoiding negativity, “I resisted the charms of evil’s arms”.


The song features a high range of vocal abilities from La Havas and is acoustic guitar driven with a pacier chorus. A fun little note, this track name drops the album title 'Blood'. “Ghost” follows suit and is a lovely little acoustic number about a broken down relationship. Did I mention it was a reoccurring theme throughout the record?

The album highlight comes in the form of “Never Get Enough” which begins in the same vein as “Ghost”. Slowly acoustic and beautiful, however the chorus pulls in a punch with electric guitar and edited vocals soaring through. It is possibly the most adventurous song La Havas has pulled off and works incredibly well. It is probably the nearest to “Forget” this record will find.


'Blood' is a welcome return for La Havas. The album differs slightly from the debut “Is Your Love Big Enough?” as it delves into a series of experimental sounds. For an album that was allegedly inspired by her roots, there doesn't seem to be any loss of identity in the record (in the sense that we have no idea where La Havas came from). It seems a sour relationship became the stimulus of the record quite early on in the process and shielded the writing and sonic of the album. It is a great record however and it fits with La Havas’ “Feeling like an adult but not being quite mature yet”.