There will come a time, for a Wearside Poet 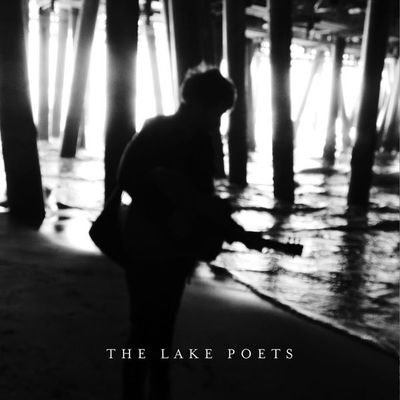 After you've released a couple of self funded EPs and you get a phonecall out of the blue claiming it’s producer Dave Stewart (Eurythmics) requesting you to come to Nashville and record an album. You can’t blame a man thinking it was most likely just a prank by one of your mates, however, for Martin Longstaff this became very real when Stewart started following him on twitter and then a plane ticket ‘Teeside to Nashville’ dropped in his letterbox.

He spent 3 intense days with Stewart recording on some of the most sought after kit - Motown Equalisers, Steely Dan mixing consoles, not to mention a selection of pre war guitars and in Blackbird Studios frequented by Springsteen, Neil Young and Taylor Swift. The results can be heard on the debut album released this week and Dave Stewart himself flew over from the states to help promote it.

The Lake Poets are really the works of Martin Longstaff, a Wearsider or Mackem (that means he’s from Sunderland folks), who whilst still only a young’un in his mid-twenties has been through life's fair share of ups and downs, he grew up with parents affected by the miners strike and the decline of the North East shipyard industry, suffered the significant recent loss of his close grandparents, and as a result over the last few years been crafting some of the most poignant and emotionally heart tearing stuff.

The Lake Poets have supported the likes of Willy Mason, Ben Howard, Rae Morris, and the influences of Jackson Browne, Neil Young and Tom Waits are clearly all there to see, although you would need to swap the Waits gravel for a much higher vocal pitch to get the right mixture.

In his solo live set he has a one-two knockout punch of 2 songs about his grandparents that will give watery eyes to the strongest person, such is his honest delivery and plain speaking lyrics. It’s no surprise to find both ‘North View’ and ‘Shipyards’ on the album but the surprise is another BBC Radio1 airplay track ‘April’ hasn’t made the cut. That said, there are still a dozen or so superb songs waiting to be heard, some of which were only written a few days before the recording, ‘Your Face’ written about missing his girlfriend whilst he was in Nashville.

‘Vane Tempest’ is such an emotive tune about Longstaff’s father and the experiences of the miners strike, and the north south power divide - and when he sings “None of them down there care about you or me, cos we don’t live in London do we? But there will come a time…” you clearly feel a sense of anger and frustration, and yet the antithesis of this is apparent in his soft gentle acoustic strum and country slide guitar on the track.

Longstaff has a finger pick and strum style to his acoustic work and this compliments his higher pitch vocal, combine this with some heartfelt lyrics and you have a captivating haunting brew, worthy of several listens. Goosebumps abound throughout the whole record as Longstaff consistently unveils his raw mix of tenderness, vulnerability and heart warming songs.

The exploits of recording this album and the journey from Sunderland to Nashville have been video documented and this will soon be aired on Sky Arts.
There will come a time, and the time is now for The Lake Poets.