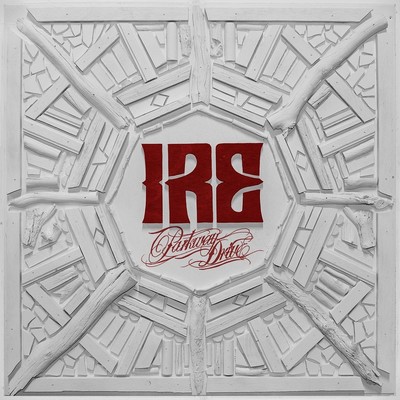 Parkway Drive leap back onto the scene, focusing primarily on the concept of being bred to be controlled, a toxic contemporary culture as well as rocking a refurbished take on their colossal sound. ‘IRE’ is lying in wait.

These contemporary metal heads have always followed a fashion of creating songs that splurge adrenaline and have a strong habit of annihilating a venue when witnessed live. Certain tracks like “Destroyer” and “Dying to believe” are no exception.

“Destroyer” opens the album, with a fade-in guitar lick that slowly turns into a weighted chant of passion; the climax is reached and in explodes the Parkway we know and love. Like thick orange flames, the band have lost none of their intensity, and do nothing but fan the blaze as the collections slips straight into “Dying to believe”.

A surge of beats slap you in the face after Winston McCall shatters the silence, screaming his frustration is “Like dragging nails through my skin”. A titanic track which emphasises pure dissatisfaction of reality.

The group have moved from their comfort zone however, writing songs like “Writings on the wall” and “Deathless Song”, which would not necessarily act as moshpit catalysts.

“Writings on the wall” takes a huge step away from their familiar image, only containing maybe 40 seconds of something recognisable as Parkway Drive. The song opens with a range of instruments, including a collection of violins and a piano. Mr McCall’s vocals (alongside the music accompaniment), moves into the realm of a, somewhat darker, Tim Burton soundtrack complemented by a demonic Tom Waits.

“Deathless song” begins with a haunting acoustic duo emanating an epic melody, which develops into a morose love song of poetic righteousness.

The strength of both songs lie within the subtle finesse of staying intimately entwined between their cover and case. A song which can only be played under certain circumstances (acoustic act etc), carries a unique experience which separates the die-hard fans from the masses.

Instead of concentrating on the calling card of various metal artists today and using gratuitous chugging throughout their new collection, guitarists Luke Kilpatrick and Jeff Ling have concentrated on writing memorable melodies that will likely be marked as a new chapter of music evolution for the Australian quintet.

With the possibility of being the most exciting metal album of the year and stiff competition for anyone hoping to trump their achievement, ‘IRE’ is ready to ignite the match and force fire down its fans throats.