Bullet For My Valentine

Bullet For My Valentine Are Set To Reclaim Their Throne 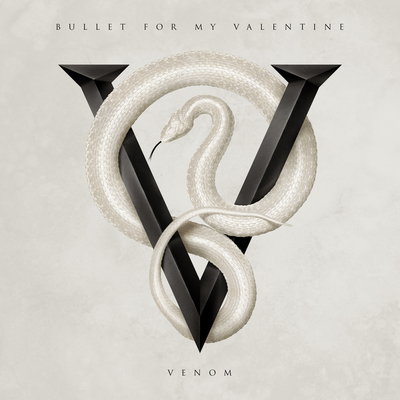 Bullet For My Valentine

Bullet for my Valentine were one of the biggest UK metal bands of the late noughties, and for good reason. However, their previous release, 'Temper Temper', is widely regarded as the band's low point, and sadly, I believe the band would agree with this. 'Pushed' into trying to generate a more radio-friendly album, the band strayed from their roots and produced something a little too-processed for the typical Bullet fan.

The latest offering, 'Venom' is the welsh quartet's chance to reclaim the throne. Opening track "No Way Out" kicks off the album is very strong manner, with vicious screams making a pretty bold statement, mere seconds into the track. As heavy as it is catchy, this track acts as the album's lead single, and for good reason. It's very typically Bullet in that the chorus is incredibly catchy and easy to sing; a calm in the storm.

A clear theme in the album is that it's really fucking angry. "No Way Out" is by no means the only track which is opened by brutal screams, and the whole record is very to-the-point. In fact, as I write this, I've just checked and nearly half the tracks are opened by these ear-grinding screams. Clearly, Bullet didn't want to waste time showing people that they're back to producing unapologetic, raw music the way they always have, ignoring pressure from outsiders - and it's definitely working.

That said, they've definitely retained the melodic, and tracks such as "Venom" and "The Harder The Heart" show the more relaxed side of the band. Matt Tuck's vocals are absolutely on point, and Padge, as usual, busts out some ridiculous solos, particularly that which opens "Skin", as well as his dazzling performance in "Army of Noise".

With a hefty 15-track offering, 'Venom' is at risk of overstaying its welcome, but the second half of the album is just as engaging as the first. "Pariah" has one of the most infectious riffs that Bullet have ever produced, quickly becoming the highlight track of the entire album.

Interestingly, the album closing track is "Raising Hell" - the band's 2013 hit single that saw them embark on a UK Arena tour, ending with a show in Wembley. Although it seems like a strange choice at first, when you actually listen to the track as part of 'Venom', it becomes extremely obvious how well it fits in.

All in all, there are a lot of different words which could accurately and sufficiently sum up 'Venom'. Raw. Powerful. Intense. Regardless of which you choose, the take-home message is the same: Bullet are back.