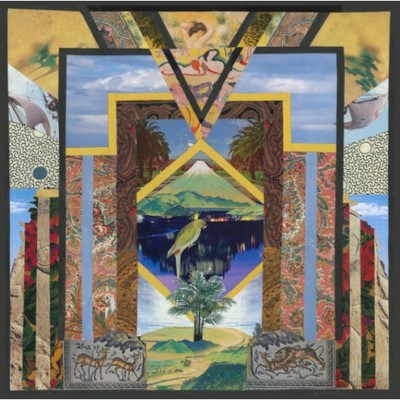 Following the release of their acclaimed debut album in 2014 Falmouth’s finest quartet The Black Tambourines are back and release their new album 'Freedom' on 4th September.

Over the last year they have taken to bigger stages performing at Glastonbury, Isle of Wight Festival and Manchester’s Psych Fest, they’ve also toured Europe and the UK supporting Jesus and Mary Chain and are making movements on the new DIY scene. The Black Tambourines have an acclaimed live set that matches the energetic likes of Bloody Knees and Nai Harvest who are currently causing a stir on the circuit.

Recorded by the band in a local studio and in a friend’s bedroom 'Freedom' is a haze of care-free lo-fi surf-punk fun album. Opening tracks ‘I Wanna Stay’ and ‘Punk Simon’ are melodic garage rock songs with three chord riffs that wouldn’t be out of place played at a frat party on the west coast alongside Fidlar and The Black Lips., giving way to the chilled lead single ‘She Don’t mind’ with a chord structure that echo’s of the rock n roll swagger of BRMC. Lots of familiar sounds but since when was originality a prerequisite for rock n roll anyway!

One the albums most enjoyable moments ‘Namaste’ a sun kissed surf punk haze in which singer Sam Stacpoole slurs sun drenched lyrics ‘You need shades cos the suns so bright, we’re young but that’s alright’

'Cool Out' is by far the stand out track for me and is also the albums mellowest moment, a melancholy lo-fi grunge with a slow chord structure that reminds of 90’s revivalists Gross Magic, man what happened to them! It has a guitar solo that is as subtle but effortless as the lovely Strokes ‘Trying your luck’ and that can only be a good thing

Nothing is being reinvented here, it’s a little raw and rough around the edges, the lyrics are simple but there is the occasionally guitar solo that stands out and reminds you that you are alive and that is worth a listen alone!

So go listen and see for yourself!