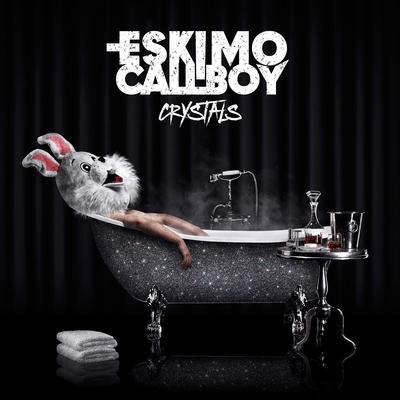 To visually perceive their third album to date would be to imagine a flame-engulfed sledgehammer connecting with a stick of dynamite. An explosion of hard-chugging guitars, shuddering screams and technical mixing decimates the surroundings.

The German Electro-core sextet’s dark marriage of hard-hitting metal and memorable electro beats forms something very motivational and ravenously dramatic. Musically there are songs which seriously stand out among the latter and some that soil the underwear of the record. With tracks relatable to the ferocity of Bring Me The Horizon and the emotion of Framing Hanley, they really have a love/hate relationship with their music technique.

Unfortunately the topics touched in their new release do not really meet the requirements for a perfect album. Exhausted through years of experimentation, the now typically generic, and relatively cheese-injected, rock n’ roll situations such as the painful position of rejection in the world of love, and wanting to release vengeance on those who have wronged you, are still relatable but the thin threads of the genre seem to be reaching their breaking point.

“Crystals” is not only the track the album was named after, but is also one of the strongest songs musically in the group’s repertoire. The opening seconds are without a doubt an earth trembling ascension, eventually reaching the apex and then igniting the jet engines blasting it into the stratosphere and beyond.

Being so intoxicated with someone that it is insufferable and infuriating is another relatable and overused topic but when injected with the viciousness of the tracks music however, the lyrics are bled to the surface and thrust upon the listener.

One of the strangest and weakest tracks however is “F.D.M.D.H”. Speaking in German, the message is lost to anyone who can not interpret. The google translation reveals that the line “ich mein Einhornwelpe in ihrer Pferdebox geparkt”, translates to “I parked my unicorn puppy in their horsebox”. Possibly an error on google’s part but if correct, this means that the lyrics are completely nonsensical and the song was simply written as a way to fill up empty album space.

Although following a stream of consciousness lyrics-wise, the music itself is inventive and creatively diverse when adding various forms of music styles into one song. ‘Crystals’ is the new release for those who like a good breakdown.