Lest We Forget What We Came Here to Do 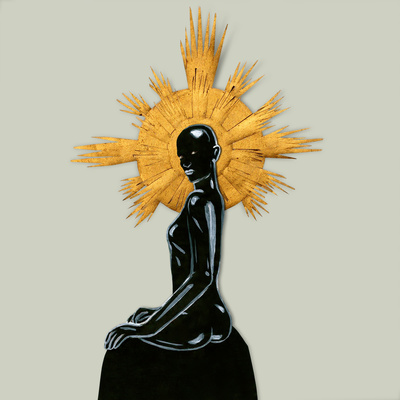 Lest We Forget What We Came Here to Do

Sons of Kemet have been a hot topic in contemporary jazz music since their debut album Burn swept the critics’ floor of jazz accolades in 2013. Burn’s tight grooves and expressive melodies captivated many and they have doubled down on this new album: the variety of instruments used still has not expanded much beyond Shabaka Hutchings’ reedwork on sax or clarinet, tuba (now provided by Theon Cross) and Tom Skinner and Seb Rochford both on drums and percussion, but the band are channelling an even greater intensity than before.

It takes all of 30 seconds for opener ‘In Memory of Samir Awad’ to get its rhythmic hooks into you, and the next 8 minutes are a masterclass in the beauty of a good beat. An infectious melody on sax and tuba progressively unravels itself as frantic yet measured drums tap away in a mesmerising pattern that utilises the twin-drums set up to exploit and betray the ear’s expectations for percussion. It’s an enrapturing piece that steers the listener effortlessly into the album’s world so that it can further disassemble your mind: case in point, if ‘In Memory…’ is unravelled by its end, penultimate track ‘Afrofuturism’ is a cyclone of jazzy strands.

Charging along with full force right out of the gates, it’s a thrilling ride that also functions as a centrepiece of the album’s ‘meditation on the Caribbean diaspora in Britain.’ The bass rhythm is based on a traditional Caribbean style called Tuk, which Hutchings found himself drawn to as it was one of the only ways in which Caribbean people could retain and celebrate their culture when enslaved by the British. As such it is emblematic of the power of music to embody an entire cultural consciousness, to undermine the cruellest of oppressions, and still to bring ecstatic joy.

On ‘Lest We Forget What we Came Here to Do,’ Sons of Kemet have delivered a focused blast of modern jazz that is captivating and groovy whilst carrying a wordless edge of social commentary, making for an album as fit for the streets of a protest as it is for a dancefloor.