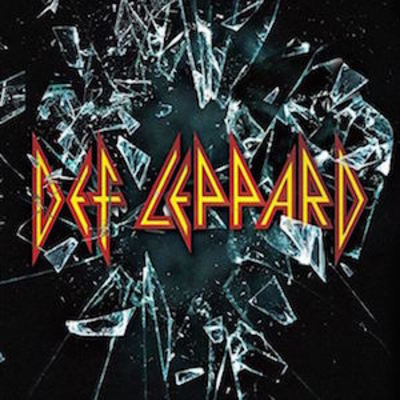 Let's Go ! - This album starts with the repeated line “Do you really wanna do this now?” and it’s a question Def Leppard probably asked themselves before they went to record their 11th studio album. Its been 38 years now and the band have had their ups and downs all well documented with band members sadly passing away and car accidents where your drummer loses his arm, packing stadiums all over the world in their 80’s heyday and yet they are still standing strong, battling away with Iron Maiden, Whitesnake and Saxon as the last bands remaining from the NWOBHM (New Wave of British Heavy Metal) era.

Its quite clear from the opening salvos that this album is not going to stray too far from the formula, I’m trying hard not to say its ‘Def Leppard by numbers’ but its littered with trademark harmonies, air punching choruses, and every rock lyric cliche in the book, in fact I’m convinced they wrote several chapters of the book when you consider earlier album tracks like “Rock Rock Till We Drop”, “Lets get rocked” and who can forget the immortal reply to “Are you getting it?……- “Armageddon it”.(whaat?) On this album we have equally rocktastic titles like “Broke ’n’ Brokenhearted”, “Man Enough” and “Energized” and lets face it, you don’t listen to Def Leppard to get an insight into world politics or philosophical debate about the meaning of life. So I think they are quite within their rights after 38 years to exploit the rock cliche’ to the full, and boy do they do it!

Guitars are louder than I expected on this album, 'Forever Young' and ‘Broke n Brokenhearted’ fair crunch along with strong bouncing riffs from Phil Collen and Vivien Campbell and Joe Elliott & Co pay the biggest homage yet to Queen by almost replicating the bass riff from ‘Another one bites the dust’ on ‘Man Enough’, and ending with another classic lyric “Are you man enough…to be my girl” (whaat?).

4th track in ‘We Belong’ features every band member singing a line or two - yes even drummer Rick! and in the poignant acoustic ballad ‘Last Dance’ they could be asking a question of how long can the band continue at this pace?, “Is this our last chance before we turn and say goodbye?”. With Motley Crue announcing their final shows this year, any rock band that works as hard as these guys do would be forgiven for wanting to follow and call it a day after 38 years.

However, thankfully they show absolutely no sign of that happening anytime soon and continue to ‘bring the rock’ with stand out up tempo track ‘All time High’, it’s got a screaming ‘Van Halen’ like guitar solo and Joe shouting “Never giving up, never gonna die”. Its like a two finger salute to the current pop charts and radio stations.

This album has been described by the band as the record they wanted to make, and without any significant ties to labels or management they have crafted songs that could be representative of every other great hit the platinum selling band have produced in the last 30 years. It feels like they have followed AC/DC’s lead and rather than experiment, lets give the fans what they want - and so any of these tracks could equally have sat nestled on Pyromania, Hysteria, X or even Slang, such are their representation of the Def Leppard sound.
That said, with each track you also feel there is a nod to another great band. Such as album closer ‘Blind Faith’ with its Beatles ‘Strawberry Fields’ feel and ‘Battle of my Own’ which has Zeppelin written all over it.

Its a classic Def Leppard album, production is huge, guitars loud and lots of immediate catchy harmonic choruses that will be ringing around stadiums for years to come. I like it, it's back to form for this Yorkshire rock band.

Def Leppard are touring with mates Whitesnake and Black Star Riders in the UK next month. Don’t miss it.