Take Your jacket Off & Get Into It

Vangoffey... It's Supergrass But Not As You Know It 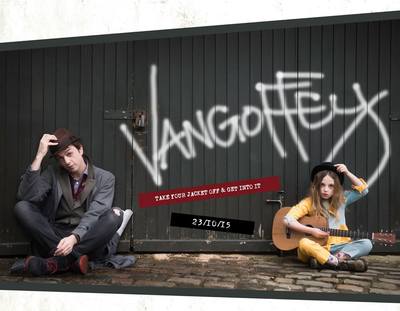 Take Your jacket Off & Get Into It

This was always going to be a very tricky review for me to write. A die hard Supergrass fan from back when I purchased "Alright/Time" as one of my first singles, to an epic 6 hour solo road trip to see them play Cornwall's Eden Project. I've invested a considerable amount of time and money into the band and have been richly rewarded with a discography that shows their progressive journey together.

Now they've set out on their separate paths I was excited/intrigued/nervous all at the same time to see how they've individually developed further.

Danny Goffey's new band (Vangoffey) debut album 'Take Your Jacket Off & Get Into It' provides a very mixed bag of results. With the emphasis on family life many of the songs have strong family ties; his son features in the "Race of Life" video and "Trials of a Modern Man" was filmed at Goffey's Somerset home.

The theme provides a mixture of youthful energy so abundant throughout the Supergrass albums, coupled with some rather limited lyrics. Highlights for me ("Trials of a Modern Man", "Split Milk") provide the album with a fantastic pace and remind me of happy times as a teenager rocking out to Mansize Rooster.

As I mentioned, this review was always going to be a tricky one. I feel it's unfair to frequently draw comparisons with an artist's previous work especially when listening to their first solo endeavors.

My objectivity was always going to be in question and when the album itself draws many similarities with previous work it makes the job even harder.

It's a solid album, fun to listen to and I would imagine Jo Whiley will play "Trials of a Modern Man"on Radio 2 frequently. However it's not quite Supergrass and there isn't enough of a stamp of individuality to make it a purely Vangoffey.