If I Should Go Before You 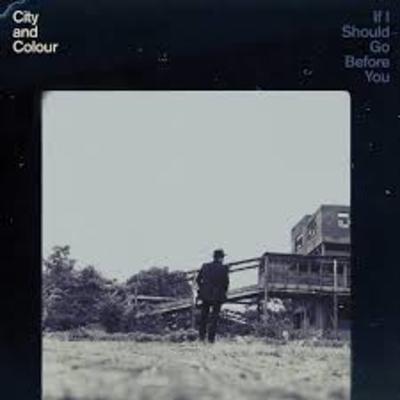 If I Should Go Before You

It has been two years since City and Colour released 2013’s ‘The Hurry and the Harm’, but now he is back with an electric reminder that he has not reached the end of his talented tether and shows no sign of ever unveiling it with 'If I Should Go Before You'.

High and untameable, Dallas Green’s voice soars like a delicate leaf caught in a gentle country breeze. Through the development of his artistic style (as well as the accompaniment of a more than capable backing band), his music has matured to a level where he can reach an even larger audience and not just the younger generations who placed him on his well-earned pedestal.

Through the creation of his five previous albums, Mr Green has owned a style of playing which most would probably agree had an incredibly weighted overtone and a whisper of heartache through every lyric sung. Through his new work however, it is difficult to describe without including three depictions which are euphoric, deeply sensual and undeniably cool (without losing that elusive whisper which makes him so recognisable).

Working with a variety of like-minded musicians may have also been a large factor in the continuation of his music development. He quoted about his current band that “They inspired me to want to create new music, just to create it with them”. And with the likes of Jack Lawrence (The Raconteurs), Dante Schwebel (Spanish Gold), Doug Macgregor (Constantines) and Matt Kelly the singer/songwriter, who in their right mind, wouldn’t be inspired.

“Killing Time” and “Runaway” are fine examples of the adaptability of Dallas’s technique. Where he and his colleagues not only delve into delectable jazz lines and tragedy worn country ballads, but also use a good metaphor of how leaving a negative past behind, is an important factor in growth and self-discovery.

'If I Should Go Before You' melts over the senses like butter over hot bread. An album that marks a turning point for the artists signature sound, leaving you satisfied but hungry for more.