Behind The Devil's Back

Read more
REVIEW album Fightstar Behind The Devil's Back

Fightstar Burst Back Into The Light From 'Behind The Devil's Back' 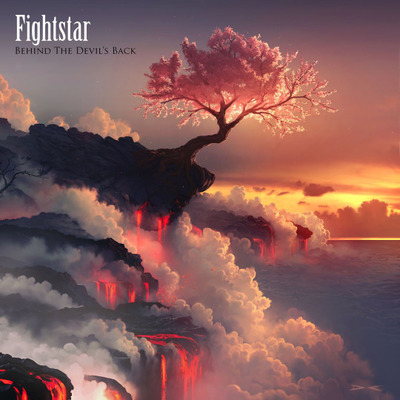 Behind The Devil's Back

After six long years of wondering where the alternative rock quartet had disappeared to, Fightstar have resurfaced with their new album ‘Behind The Devil’s Back’, and it seems they have re-evaluated their hard rocking roots.

Over their years of existence, these four Londoners progressively experimented with each passing album. Their own outlook on their sound became fluid and techniques in which it could be altered and manipulated, were rigorously thrown into the pot.

It seems all this time away however, left a level of curiosity on their minds as to whether they could still hit that punching bag hard enough to cause a ripple of early nostalgia, and shake off the radio-friendly label that cemented itself over their last two albums.

The head banging nature and powerful presence of “Titan”, takes the audience rocketing back to 2005 when the groups ‘They Liked You Better When You Were Dead’ EP was released and how much excitement spiralled around it. This song however is nothing short of a major upgrade to the ferocity that they first started off with, and a fair assessment to suggest that Charlie Simpson has lost none of his charm (or venom). With an ominous cascade of ear-splitting shrieks and his overwhelmingly practiced singing voice making a huge presence on this track, it is quite obvious to the listener that he is reaching his peak as a vocalist.

Don’t use that as a gateway to postulation however. To believe they have simply tucked tail and retreated to their previously successful style (in a hope to grasp on to past achievements), would be incorrect. Not only have they avoided treading back over their back-catalogue, but they have also incorporated a level of their most recent experimentation into various tracks.

Alex Westaway takes the reigns on “More Human Than Human” showing his worth as not only a talented guitarist but a worthy vocalist to follow on from Mr Simpson. Decidedly alternative to the nest of jagged songs it rests between but an interesting atmospheric interlude none the less. A distorted dream of poetic nature and dated music styles which serve as a moment to re-adjust yourself and appreciate the alternate side of Fightstar, between crushing blows of carnage and brutality.

‘Behind The Devil’s Back’ goes to show that you need not sell anything to the prince of darkness in order to write a runaway success of an album. With what will hopefully take the helm as their definitive sound, Fightstar have emerged triumphant.