Day of the Dead Festival

A 12 hour party celebrating the dead and the living, through the indulgence and debauchery of loud music, fine food...

Crystal Fighters lead the way at Day of the Dead Festival 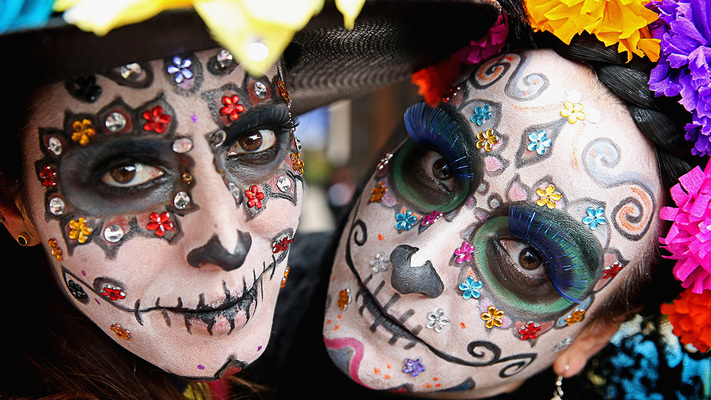 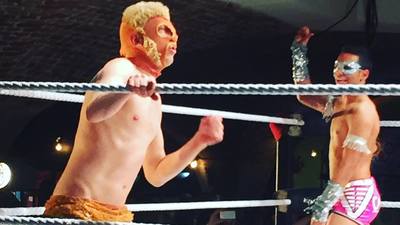 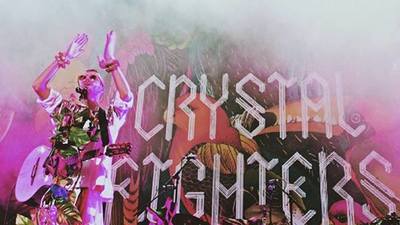 Day of the Dead dawned on us last Saturday and what a great way to celebrate the Dia De Los Muertos Mexican holiday than with a festival. Celebrating and honouring those loved ones who have passed, hundreds gathered at the Tobacco Dock in East London in full Mexican and skull candy attire.

Organised by that food chain you might know and like Wahaca, owner Thomasina Mier’s theory of a one day festival seemed great. Arriving at Tobacco Dock with the ground floor reminiscing of the small and busy streets of Mexico, selling small goods, food and face paint. These streets of the tobacco dock were bustling and I didn’t feel like I was in London as traditional Mexican music echoed these streets I passed through, which was refreshing and very creative. Walking further, you come to the heart of the ground floor and here lies a wrestling ring...empty. It wasn’t till a good few hours later this ring was filled with characters dressed as monkeys and wrestlers. A huge and excited crowd surrounded the ring even leading up to the first floor; this performance was an excellent add to the day.

Up on the first floor is the food hall you might call it, about 2 or 3 rooms for food and about the same for bars. Obviously selling Mexican food, beer and a lot of tequila (early signs of the headache for the next day); Though the food was great! It seemed the organisation of it all was rather underestimated, queues for half an hour just to grab a burrito and only 3 maximum food stands was clearly not enough for the hungry public.

Small rooms were filled with art exhibitions, bands and activities which kept everyone busy but it seemed the moment everyone was waiting for, was when the clock struck 10. Amazingly enough The Horrors and Crystal Fighters were set to play Day of the Dead Festival, but not at the same time surely? Yes unfortunately, which left you to make an important decision...

The obvious answer seemed to be Crystal Fighters (who happened to be in the smaller room, why? I asked myself that too) The queue for the De Mexico stage was huge and when I looked over to the Wahaca stage which I believe was the main stage it was almost empty! Turns out the De Mexico stage was at capacity way before 9.30pm and a lot of people who had paid for this festival and to see Crystal Fighters were left angry and upset only hearing from outside. It seems Wahaca should stick to making great food and leave the organising of gigs to the people who do it daily, underestimating the venue size to the attendees and not thinking about capacity is not only a rookie mistake but a stupid one.

Nonetheless, I was one of the lucky and very thankful people to see Crystal Fighters and as ever they were unbelievable. Possibly one of the best bands to see live, if you haven’t? Please please do! Dressed in the spirit of Dia De Los Muertos and their usual head dresses, Crystal Fighters were energetic, fun and simply perfect. Playing songs from both albums, the crowd seemed to be dedicated fans and not just myself as echoes of the sing along boomed the swarming room. Crystal Fighters never fail to make you have fun and feel important, with blow up balls being thrown into the audience and full engagement from lead singer Sebastian Pringle, Crystal Fighters don’t just put on a show, but they create an experience.

With the night dwindling down and only the smell of tequila and salsa lingering in the air it was just few dj sets echoing in the halls of the Tobacco Dock. Ultimately a fun day out but a word to the wise, stick to what you are good at.