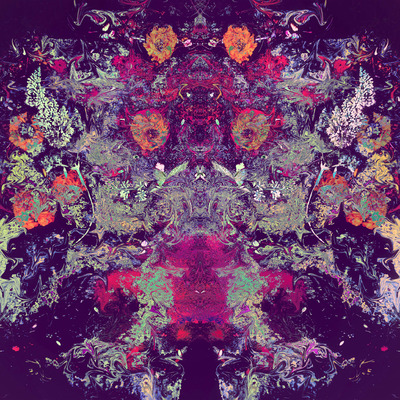 When paired together, the words "girl" and "harp" inevitably make Joanna Newsom spring to mind. However, Montreal-based song-writer and harpist Emilie Kahn is doing her own thing, composing folk/pop ballads and killin' it while doing so.

Teaming up with long-term producer Jesse MacCormack and drummer Francis Ledoux, Kahn recorded '10 000' in Studio B-12, amid the woods of Valcourt. Across the 11 tracks, Kahn explores themes of longing and heartbreak, but not in a boring or dismal way. What could risk monotony is saved by the sparse and interesting layers of instruments.

Opener, 'Blame', introduces the ethereal sound that will be sustained across the rest of the album: delicate harp strumming later accompanied by gentle background drumming. The basic set-up of just strings and drums is enough, for Kahn’s voice enhances each track, adding even more depth and emotion.

‘What Happened’ sees the singer and her harp at their best, composing a near 5 minutes of catchy, gradually-growing instrumentation, topped off with the impressive vocals featured so frequently through the LP.

Stripped-down acoustic track, 'Nothing New', breaks up the norm with the drums and high quality remaining absent for the short 1:10 duration. The muffled singing and lo-fi production gives the impression of a home recording; the track is the most intimate moment on the record.

‘Dream’ closes the album, taking the emotion previously exhibited throughout the track-list to a whole new level. The atmospheric harp composition washes over Kahn’s airy voice; the song is incredibly simple yet soaked in feeling.

'10 000' is sentimental, effortlessly nice and pretty comforting at this sombre time of year.