James Morrison Ascends To The Heavens With 'Higher Than Here' 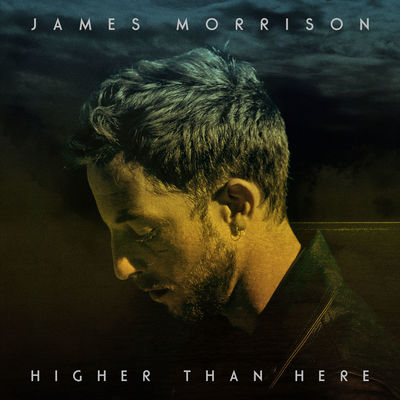 Most people would think it unusual that a man with three platinum albums and an ever growing fan-base would take such a large space of time away from his professional field, but a struggle with personal demons is something we all unfortunately must encounter. In this instance however, it seems James will not be defeated so easily.

The singer/song writer/guitarist’s voice has always owned uniqueness, but since his return, he has developed a shrouded husky undertone but sustained the caramel-smooth texture that makes him effortless to enjoy.

‘Higher Than Here’ exhales a satisfying breath of Soul, Rhythm & Blues, dabs of gospel and a surprisingly minor dabble into the pop genre (which is acknowledged and accepted with open arms).

The Warwickshire-born artist delves into universal subjects such as the disbelief of the passage of time between two people, the blame that can never be overlooked for what can not be reclaimed, how the strength of independence should not to be confused with the desire of companionship, and of course the uncontrollable nature of life.

With an album that does not have one bad song, it is difficult to pull the diamond from the gold mine, so it would be more economical to simply discuss the songs that instantly grab the attention of the listener.

“Stay like this” is a love-stricken story of reminiscing the good times and how love was so straightforward and pure at the birth of the relationship or at a young age, where there were no real complications. With a steady drum beat, harmonised backing vocals and a strong trumpet presence, this track has epic etched into every crevice.

“Easy love” comes sensually flowing in and emphasises just how invigorating it is to have that one person in life you can never get enough of. The track is accompanied by the indie rocker Fyfe Dangerfield behind the keyboards, and a heavy mix flowing over the intro and chorus which gives it that inescapable cool, crisp vibration.

It is finally time to do away with the overused speculations between the similarities and regular confusion when comparing the British male solo artist award winner with the multi-award winning James Blunt, and come to the realisation that this is one of James Morrison’s finest albums to date and could easily be recognized as his definitive signature sound, separating him into a field of his own.