Lanterns On The Lake

Lanterns On The Lake Return With A Beautiful But Challenging Album 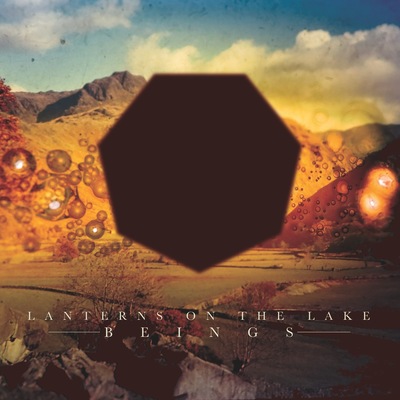 Lanterns On The Lake

Lanterns On The Lake’s third full length album, ‘Beings’ sees them sparkling with arresting dexterity and orchestral atmosphere as well as making a comment on society, austerity, and the “fractured lives like faultlines” (‘Faultlines’) that they see around them.

There’s no attempt to hide the frustration, anger and hurt in Hazel Wilde’s voice as she speaks of a sense of something broken in life, whether its being “done with the creatures online” and entreating her friends outside on ‘Through The Cellar Door’, walking the streets in “a world of plastic souls” on ‘I’ll Stall Them’ or finding solace in a bottle, as she tells of how ‘last night I passed out on the kitchen floor / with a drink in my hand’ in opener ‘Of Dust And Matter.’ The sound is forboding and dense, but also gloriously expansive, triggering of tremors in the soul and a sort of blue ecstasy of emotion.

Crescendos of brass and drum cacophonies follow tender lilting vocals and gentle flickering piano solos, before breaking out again. It’s an album that sweeps as high as it does wide, and delves deep into the darkness of life and all its grittiness, but never forgets the beauty within.

Potent and powerful, Lanterns have always excelled in the kind of cinematic sounds that they continue to perform on 'Beings', but as well as being a soundtrack to the wider social and political situation in which they find themselves, it’s personal and reflective – if self deprecating and sometimes painfully self destructive. As she sings about disconnection and brokenness, Wilde connects, her voice embraced by simmering drums from band mate Ol Ketteringham and the brutal luminescence of guest Angela Chan’s work on the violin, cello and viola.

'Beings' is an easy album to listen to, in that it sounds beautiful and splendid, but challenging, dragging you through emotional tumult and tender loss, leaving you much in the same state as the music: raw and battered, hollow and overwhelmed, but striving and seeking. As Hazel sings on ‘Green & Gold’, a song reflecting on a broken relationship “this was the part where you picked up and started again” – because as broken as we are, that’s all we can do.