Chris Brown's 'Royalty' Is Anything But Regal 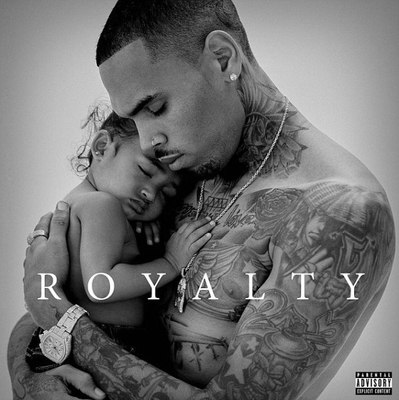 When placing the idolised Virginian under the microscope, it is important to remember his humble beginnings. Singing with his local choir through the nineties, he eventually found his fame in the infancy of the new millennium. Six albums later however, it seems that Chris Brown’s modesty has long since been forgotten and been replaced with editing inadequacy.

‘Royalty’ is the latest addition to his recognized back-catalogue. There is a silent beauty in naming an album after your daughter but sadly a certain level of gracelessness, thoughtlessness and tastelessness which surrounds that fact when considering the LP’s content heavily relates to sexual intoxication and dripping in wealth.

The new record is cluttered with poorly-disguised vulgarity and an unavoidably evident identity crisis where Mr. Brown can not seem to decide between his genre relations and has decided to stay where he is as a moderately conventional popstar/rapper/singer instead of perfecting one form to rise through the ranks.

His traditional use of strong harmonisations and vibrato pulse are ever-present through his new work. The music itself is creatively investigational into various characteristics and relatable genre traits (with the exception of some bizarre and unnecessary sound samples), but is noticeably dampened with the artist’s use of poor lyric writing and unimaginative vocal structure.

The American singer/songwriter is an accomplished musician who has built himself a fairly respectful reputation (regardless of past accusations outside of his music), but ‘Royalty’ is an unfortunate example of Brown’s inability to move away from a hackneyed R&B memory, where identity terminology such as “nigga” and a crooning for “big asses and tits” is rampant. In modern day music progression, it is looked upon as juvenile, nonsensical and would be best to bury the old-hat approach alongside the nineties.

In a nutshell, “Royalty” had strong potential to shine in the spotlight of early 2016, but instead its outdated euphemisms and exhausted composition has left a huge smoking crater in the artist’s discography which will take some time to fill.