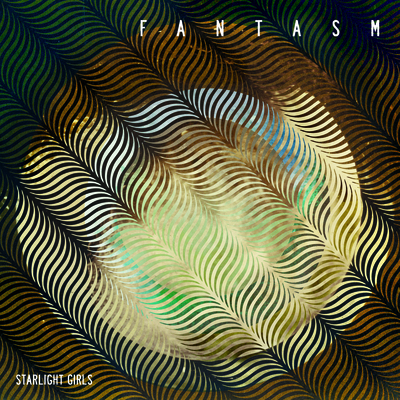 I do believe that the Starlight Girls have created a brand new genre. Their eclecticism and boundless energy combines into what I will call Eclectronica.

Their new album, 'Fantasm' has a broader range of influences than I have heard for a long while. But they pour 70s pop and disco, funk, soul, post punk and the Doors into a big melting pot. Then they mix it up with their own helping of Starlight Girls magic. This results in a fabulously epic, cinematic and hypnotic bake like no other.

The vocals are perfect throughout each one of these supremely constructed tunes. The musicianship is first class too. On "Lodestar" (my favourite track at the moment) the guitar and bass playing is reminiscent of Steve Cropper and Bootsy Collins. It is also more funky than Mark Ronson.

There are a lot of retro influences but this is a band firmly rooted in the 21st century. There really isn't a duff song on the album. From the power pop disco of "Intrigue" to the reincarnation of Andrea True on "Fancy" this release exudes greatness through its pores. "La La Lune" is controlled madness as if they had recorded the Kate Bush that might exist in a parallel dimension.

The Starlight Girls would rock any festival stage, especially that late afternoon slot just as the sun begins to set. Their back story is pretty eclectic too. Lead Singer and founder of the band Christina B once sang and played in her family's Mega-Church in Ohio. But she escaped disguised as an Air Stewardess apparently at the suggestion of the band's guitarist Shaw Walters!

I recommend that you check this album out as soon as possible. Once you do then you will, I am sure, be compelled to buy it. You'd better have a good reason if you don't!