The Temperance Movement - I'll Drink To That! 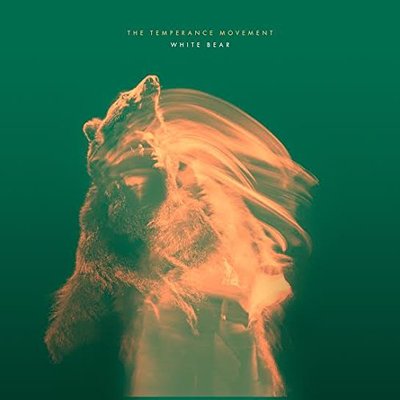 When I see a combination genre description of Faces/Stones/Free/Crowes it gets me both all excited in anticipation, but also a fear of it being just another pub blues band, the kind that has one of your mates playing, they’ve all got shares in Pukka Pies and one still has a mullet.

You see, my all time favourite band is The Black Crowes, and having followed them for over 20 years, and witnessed the progression from that same genre description into one of the great jam bands of the late 90’s/2000’s, it has yet to be equaled. So having read the blurb associated with this album release, I hit play and hope with both fingers crossed it’s not just another wannabe Quireboys in disguise.

Opening track 'Three Bulleits' kicks me sideways, as a stumble of chords and space opens with vocalist Phil Campbell leading you through a simple bobbling groove of a drumbeat, until the inevitable shout of ‘C’mon’ and then we get going, pulsating, alive and catchy and a good start, enough to satisfy my doubts about the energy levels on this record.

However, it’s the 2nd track ‘Get Yourself Free’ that gets the hairs on my neck standing on edge, starting like a CSNY California road song and then morphing into a sheer foot stomp slide guitar ecstasy of a chorus, “Get on the good foot” Campbell screams, and I’m already there - sold to the man in the Amorica shirt.

‘A Pleasant Peace I Feel’ is another wolf in sheepskin, emerging as a gentle drift along with a military drum sound tapping away and fuzzy guitar accompaniment, until drummer Damon Wilson decides to beat the shit out of his snare, and then a beatleish guitar break unloads a full army assault on our ears of psychedelic toxicating mash, swirling around until ending with a bass heartbeat.

Great tune and testament to this being such a progression from the debut album, there is complexity and yet perfect structure, layer upon layer covering lots of different bases.

Next up is a stomper in an AC/DC style called ‘Modern Massacre’, and you have no doubt what it’s called, as those two words appear to be the main chorus, but it’s energy is clear and it separates the psychadelia track from the blues track. It’s quite short at 2:18 and does its job.

The blues opening of ‘Battle Lines’ has my ears twitching and takes me back to early Free tunes, however that opening 35 seconds of raw Campbell vocal and sparse blues guitar make way for a more studio produced sound that didn’t quite match, it’s a great tune but I feel slightly let down from the promise at the start.

Title track ‘White Bear’ matches some of the earlier songs with a slow verse followed by a full rock out anthemic chorus, lots of light and shade here. ‘Oh Lorraine’ follows quickly with its rhythmic driving beat and some nice bass (and harmonica?) interlaced with Campbell’s stunning gravel voiced blues/soul range.

Another highlight for me is ‘Magnify’ with its nod to a Beatles/Stone roses mix whilst keeping an identity of its own, dual vocal tracks feature throughout and some great bass undertones again from Nick Fyffe are evident. We are back with the blues on ‘The Sun And The Moon Roll Around To Soon’ except this time the raw edge at the start is matched with the force contained in the whole song.

So far the absence of a ballad hadn’t really been noticed due to the dark and light variations within most tracks, but it turns up right at the end of the album in the form of ‘I Hope I’m Not Losing My Mind’.

Building as a acoustic slowbeat downer, it feels like a put your lighter in the air moment, but the chorus is actually a quite dark melancholic refrain of the track title, set to a slow waltz. It's quite a dark ballad - which is great, further proof that they are trying to add some contemporary elements to what is such a traditional genre over the last 45 years.

I’m giving it 9/10 but it has far exceeded all my expectations when I hit play several hours ago, I may even go so far as saying this band could potentially be the one to go on to reintroduce rock and blues to this current generation (and boy do they need it!), they have a solid base but also the necessary contemporary musical layers to offer that differentiation and inspirational spark.

My only complaint about this album, and the reason for 1 mark less than maximum, is that it is too short, 10 tracks and around 35 mins, I wanted more, but maybe that’s a good thing – "leave ‘em wanting more" they say, and it ensures I’ll be queuing up at concert halls next week when they tour the UK.

The Temperance Movement, finally we have a new contemporary force in classic rock – I’ll drink to that!