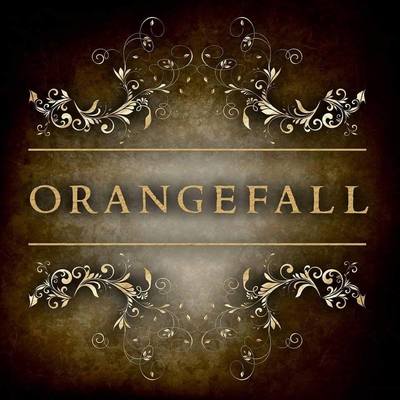 If you have ever listened to classic rock radio (as Orangefall sound like they do day in, day out), you may have noticed something very strange. The established bands they cover can roughly be divided into bands influenced by the New World and those inspired more by the old one. But the bands they tout as the future of classic rock? Without fail, they are always in the former camp, trying to sound as American as apple pie and the Westboro Baptist Church. As someone who likes classic rock of a more classical structure, that's one reason why I've quit listening to 2 radio stations.

I decided to review Orangefall's new album because the description mentioned support slots with Europe and Primal Fear, suggesting that they might have the sound of "le vieux continent". If you started with the exciting intro to 'Deepest Prayers' and then fast-forwarded to the classical piano closing 'Social Vampire', you might indeed get that impression. However, a lot of what is in between tells a very different story. Many bands set out to be radio-friendly, but I can't help wondering if this lot have been consciously studying a formula for how to get played on a certain classic rock station to which I listened for 10 years.

True, it has resulted in some attention-grabbing riffs here and there - the heaviness of the guitars on 'Jet Black Gold' is a particular high point, while in 'System on the Down Low' the band seem to have set out to write a Thin Lizzy song and that's no bad thing. Yet there are too many times (e.g. 'Shy' or 'Higher and Higher') when everything slows down and the band seem to be trying to copy The Answer, which was where the rot started on my erstwhile favourite station. Even though they're from Wales, the frontman does the same American drawl as all the other 'new classic rock' acts trying to get airplay. I may be being unfair as I couldn't make out all the lyrics, but it seemed like they were all about lurve as well. Just like a guy in a bar who can talk about nothing else, after a while, it gets boring.

When Orangefall take detours off the Nowhere Freeway, the results can be interesting. Sadly, the radio stations' insistence on promoting only acts that stick to classic-rock-by-numbers is likely to result in them taking the path of least resistance. If you like the new bands classic rock radio is pushing at you, there are plenty of songs here that would fit comfortably in your favourite audio-wallpaper playlist. If you don't, then there's probably not enough here for you to justify sifting through it.