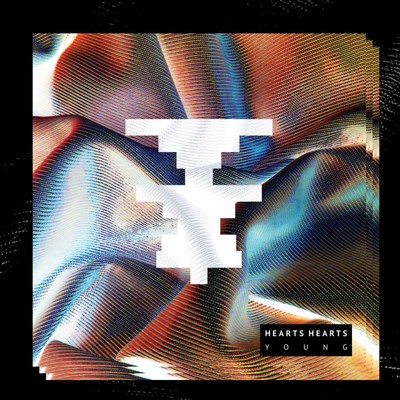 Austrian band Hearts Hearts have released their debut album after nearly six years together. The long gestation period shows in what is a very polished introduction. They first started to perfect their sound in a monastery in Upper Vienna which probably explains the choral sound of a number of their songs.

The opening track, ‘The World Is My Oyster’ has a feeling of Nordic Noir suffusing its lush soundscape. You could easily imagine it playing during The Bridge, such is its unsettling quality.

‘I Am In’ is the lead track from the album and this is probably a wise choice. The lyrics, like most of those in the album, are open to interpretation but they are secondary to the beautiful arrangement with its jazzy soulful notes undercut with the cool sensibility that is clearly going to be Hearts Hearts’ trademark. It brings to my mind a vision of 80s favourite Sade in a fur coat!

‘Hunter Limits’ seems to channel ‘Some Great Reward’ era Depeche Mode in its marriage of unsettling chords and distrust of suburbia. The album closer ‘If’ returns to the Nordic Noir styling of ‘The World Is My Oyster’ to finish a thoroughly polished debut.

Hearts Hearts are that rare beast, a thoroughly interesting new band with a sound that borrows from a number of electronica influences. ‘Young’ wears those influences lightly and, instead of being constrained by them, takes them in to surprising, satisfying places that hint a talent that will simply continue to grow.

I look forward to hearing more of this talented quartet who could well feature on a number of artists to watch lists before the year is out.