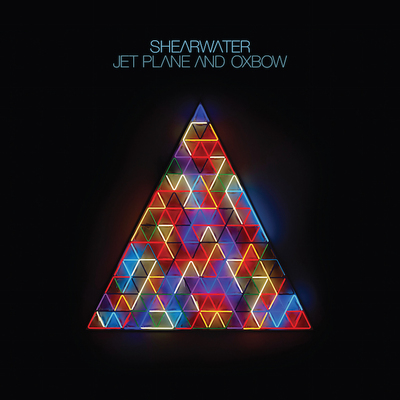 Shearwater were formed way back in 1999 by singer Jonathan Meiburg and fellow member of Okkervil River Will Sheff. It was seen as an outlet for the quieter songs that the pair didn't see as working for Okkervil River. Sheff left the band in 2005 'Jet Plane And Oxbow' is their second full length album release on the iconic Sub Pop label.

Meiburg really pulls out all the stops on this album. It is cinematic with a soaring sound that allows most of the tracks to build to a full on crescendo. Maybe the cinematic feel comes from percussionist Brian Reitzell who is also a successful film soundtrack composer (The Virgin Suicides and Lost In Translation among others). Having listened to it twice I would recommend that you play it at maximum volume to take in the full power of the songs. Which flies against the face of the quieter songs idea.

Feel free to look for a sub standard song here, but you won't find one. Although the band are from Austin, Texas there really is a very British feel to many of the songs for me. Everything from Echo and the Bunnymen to the sadly departed David Bowie via the likes of Gerry Rafferty and the Stone Roses (in respect of some of the choruses at least) although with perhaps better vocals than Ian Brown.

So far my favourite tracks after two listens are "Quiet Americans", "Pale Kings" "Radio Silence" and "Only Child". Meiburg has described this album as a protest record, at least lyrically. That is certainly clear in some of the songs although others are perhaps a little more obscure. Just listening to the album gives me a feeling of elation which I think seeing the band play these songs live would be multiplied tenfold.

They are playing 17 dates in Europe during February including eight across the UK and Ireland. I hope to be at one of those and I would urge you to do the same. If you have never heard Shearwater before this is a perfect starting point which for me could already be among the best of 2016 come the end of the year.