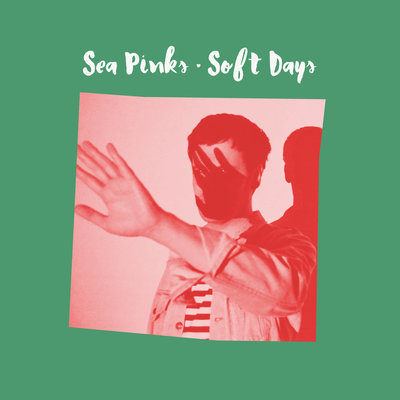 An acquaintance of mine appeared on the now legendary C86 album released by NME in, erm, 1986. The album embodied the sound of the time - jangly guitar based songs, introspective lyrics - and 'C86' became the term to define this genre.

Nobody would bat an eyelid if you slipped songs from the latest Sea Pinks album onto C86. Indeed, you could take any song from the Sea Pinks' 2014 album 'Dreaming Tracks' and do the same, such is their commitment to the style.

The opening minute of track 1 - '(I don't feel like) giving in' - builds through pulsing drums to screeching guitars before eventually settling into the familiar guitar and vocal style that features throughout the rest of the opening half of the album. 'Ordinary daze' has a cheerful lilt to it and none of the songs bring the mood down, although it does start to feel a bit samey by the halfway point.

And then comes a pleasant surprise as 'Depth of field' speeds things up a bit before we enter an interesting little tour of British pop and rock styles. 'Yr horoscope' follows the classic punk template - 2 minutes long, to the point and Buzzcocks-like down to the 'wo-oh' at the end of each line.

Jump forward 20 years and 'Down dog' treats us to Britpop as guitars merge and the jangles are swapped for something a bit meatier- even a small guitar solo. This is a record made by a band who appreciate their heritage.

The final tracks slow down to where we were. 'I won't let go' is more emphatic and the title is sung with confidence between the wistful verses. Whilst not the closer on this album, I can imagine this a popular gig closer as it's ripe for a sing-a-long. I'm a sucker for nostalgia and appreciate a band that takes me back with new material. Existing fans shouldn't be turned off and there is an appeal for new fans young and, like me, old.