Emma Pollock made us wait but it was worth every minute 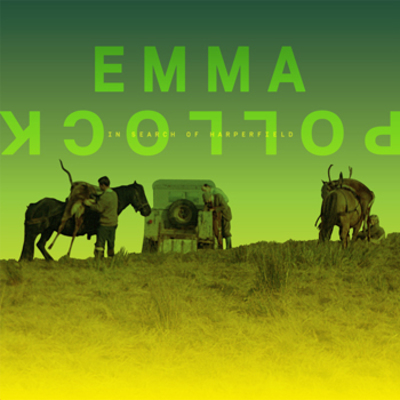 From the first track, "Cannot Keep a Secret", it is clear to fans of this fantastic singer that the five year hiatus between albums for the former The Delgados singer has been well worth the wait.

Emma Pollock named this album ‘In Search of Harperfield’ after her parents’ home where she grew up and there is a feeling throughout the album of wanting to revisit that simpler time.

"In Clemency", a gorgeous song that shows off her soulful, ethereal voice beautifully she says ‘I’ll clip your wings while sleeping if you venture home again’ and it isn’t exactly clear whether she is talking to her son or her mother is talking to her. Perhaps it’s both, as she mentions in an interview with Fiona Shepherd in The Scotsman (2016), ‘Quite a lot of the songs are about that whole pivot point where the dependency shifts in a child’s relationship with their parents’.

"With Parks and Recreation" she revisits her time with The Delgados with a marvelous slice of indie rock that raises the tempo of the album without jarring the listener.

This is followed by the similarly up-tempo and sardonic "Vacant Stare" where she bemoans the fact that she can’t even recognise her own life. I would be surprised if this is a real problem for this intelligent and gifted songwriter as few artists can say so much in a single well-turned phrase.

This is a total gem of an album that doesn’t have a weak track on it. It could well reach out beyond her strong fanbase and make her the big star she deserves to be. Whatever happens though, I hope she heeds her own advice on track 2, entitled "Don’t Make Me Wait", when she starts work on her next album!