An uplifting album of electronic beauty 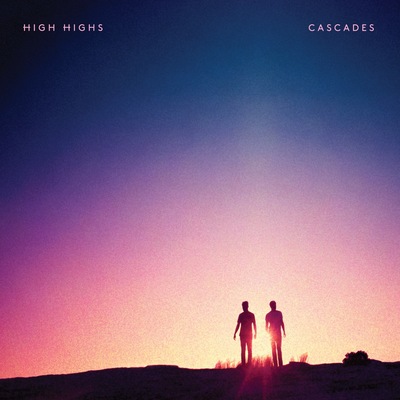 When you start listening to ‘Cascades’ by High Highs you realise pretty quickly that these guys know how to write a tune. They clearly have a number of influences, but that they wear those influences lightly so that they catch you unawares and bring a smile of recognition to your face.

The influences you detect probably depend on your age a musical taste but for me the 80s electronic music of Tears for Fears leapt out at me on the opening track ‘Boxing’. It was the title track, however, that persuaded me that I was in the presence of something special as ‘Cascades’ reminded me of the awesome, breathtaking beauty of ‘Life in a Northern Town’ by Dream Academy.

‘Cascades’ is one of those rare tracks that just renders you spellbound from the first few notes and then never lets you go as it just gets more and more impressive.

The strong music and gorgeous multi-layered harmonies of the album at times remind me of Fleetwood Mac channelled through Mike Oldfield as the ambient sounds of synths replace the guitars with ‘Sun’ in particular having echoes of ‘Little Lies’ sneaking through from time to time.

‘London’ doesn’t remind me of the city I commute to day after day, but it’s such a gorgeous song that I’ll let them off! The final track, ‘Fastnet’ rounds off a virtually flawless ten songs with a flourish.

There is a wealth of talent here with a collection of songs that reflect a maturity that you don’t often see on the ‘difficult second album’. They have taken what worked well in their debut album ‘Open Season’ and added new elements that have blended together seamlessly to create a truly satisfying album. High Highs are definitely on their way up.