An Album For Believers Old And New 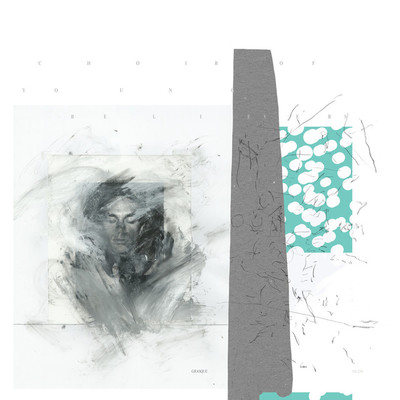 You may not instantly recognise the name of the group, but as soon as you hear the ethereal vocals on album opener 'Olympiyskiy' you’ll recognise the group that created ‘Hollow Talk’ the theme to The Bridge.

Whilst the vocals may be familiar throughout the album, the musical backing varies from guitar on 'Vaserne' to an Elton John style piano riff that starts 'Face Melting' to a deliberately minimalist start on the track 'Graeske' which develops into a Depeche Mode style industrial beat that shows the influence of the act they supported on a European tour in last year.

The interesting thing about this album is that the mix of styles never seems to grate on the listener because, although lead singer and writer Jannis Noya Makrigiannis has given himself a large amount of freedom to experiment, those gorgeous vocals are always what draw the listener in.

'Cloud Nine' has an introduction that reminds me of the track from Tubular Bells that was used in The Exorcist before it moves in to a gorgeous soul style ballad that just makes you sit up and say ‘Wow’! 'Perfect Estocada' is an 80s style ballad with echoes of Careless Whisper in the vocal performance that just washes over and through the listener as it seems to melt out of the speakers.

It is tempting to take the title of the final track, ‘Does It Look as if I Care’ as a literal answer to anyone who finds the album difficult to pigeonhole! Makrigiannis has gone away and made a record entirely on his own terms and it is all the more interesting for it. This album will bear up to repeated listening as you will discover something new in every track every time you put it on.