This Empty House Is Still A Winning Hand 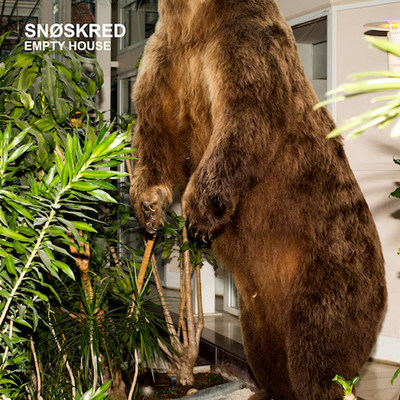 Norwegian band Snøskred (the ø is pronounced like I in bird), are the latest Scandinavian act looking to make an impact internationally. With an extremely assured debut album like ‘Empty House’ they should have a good chance.

Their influences are varied, partly because of vocalist Karl Klaseie’s childhood summers in the US, but they wear these influences well. The first two tracks, ‘Motor City’ and ‘Matador’ have echoes of psychedelic era Beatles and early 70s Pink Floyd, the latter being an especially impressive track that will strike a chord with music listeners anywhere in the world. Although ‘Preparations’ includes the REM style lyrics ‘It’s the end of the world’ the musical style is unmistakably Talking Heads.

In a similar way to Choir of Young Believers ‘Graeske’ the music changes from track to track yet there is a clear overall sound with the distinctive vocals of the band at its centre. They have a way of working their way in to your brain and almost hypnotising you with their insistent vocals that combine power with plaintiveness, and calls to mind their most famous countrymen A-Ha, albeit at a lower pitch.

‘Puzzle’, the penultimate track, throws in a catchy guitar riff to open a song that shows a different side to this group as they set about producing an arena friendly track that would sound great in a live show. Then the final track, ‘Homeless’ deals with people on the streets by telling the listener what type of people they were before. It is a sobering, thought provoking finish.

This is a genuinely interesting album with its combination of constantly changing music, gorgeous vocals and intelligent lyrics. Snøskred means avalanche in Norwegian and although they won’t sweep you off your feet they are very likely to carry you away with their quality.