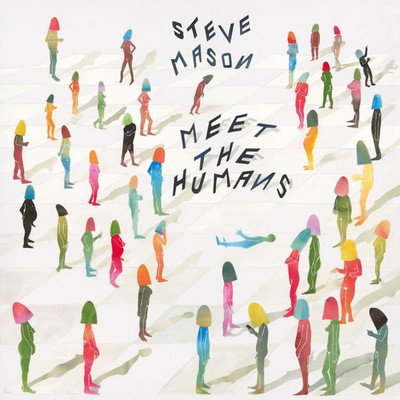 Steve Mason’s new album 'Meet the Humans' is a collection of songs that are intensely personal and, at the same time wholly universal. He could be seen to be swimming against the tide in a way with his positive take on people and society, at a time when the prevailing attitude appears to be that we’re living in dark times.

Underpinning this positivity is the upbeat music that shows an unapologetic pop sensibility which at times reminds me of the uncomplicated brilliance of The La’s.

There are few albums that make you smile from the first notes, but when the first notes belong to the guitar pop driven delight that is "Water Bored" it’s hard not to. Probably my favourite track on this album is the sublime "Like Water" which has a gorgeous string and piano arrangement to support an achingly beautiful vocal performance that will definitely be a regular on my playlist.

As you get further into this album and listen to it a second or third time you realise that it is the sound of an artist totally at ease with himself after the experimentation of his first incarnations, the Beat Band and King Biscuit Time, as well as his previous solo albums.

He has put all of those experiences into an album that lifts you up, makes you smile and carries you along with its positivity even in a world where Messrs Johnson and Trump could be leading the free world in less than a year! Steve Mason is saying, ‘Don’t Worry! Things really aren’t that bad’ and for 40 minutes or so you completely believe him!