The New Sound Of A Continent 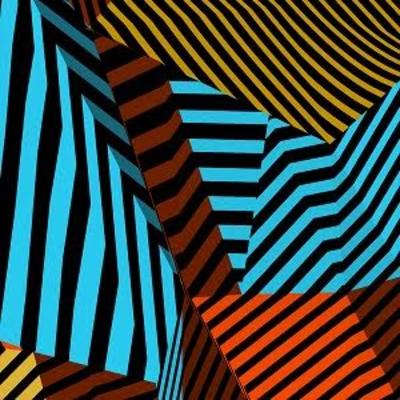 This album is inspired by the work of British-Nigerian artist Yinka Shonibare whose pieces reflect colonial and post-colonial times by draping ‘African Fabrics’ over Victorian figures. Haaksman has taken this as the starting point for an album that features seven tracks involving collaborations with artists of African origin and artists that have African music as an important influence.

The first track, Akabongi, surprises the listener with its reggae infused beats over which Spoek Mathambo raps in Zulu. It is a track that sets the tone for the rest of the album as you are drawn in to a musical culture that is largely invisible to Western listeners. Third track ‘Kaggua’ featuring the Ugandan singer Tshila is a superb trance number that hypnotises the listener with its insistent beats and a beautiful vocal performance over the top of those beats. Colombian guitarist Bulldozer drives the catchy ‘Sabado’ with its echoes of the great Paul Simon album ‘Graceland’. In an album as surprising as this a more familiar sounding track, such as ‘Sabado’ is a useful way for the listener to re-orientate. ‘Black Coffee’ featuring the rapping of Damo Da Bling is great with Da Bling clearly having fun with the suggestively tongue in cheek lyrics! The track ‘Afrika’ featuring Tony Amado and Alcindah Guerane is an astonishing track with power and a stunning interplay between the intense vocals and the minimalist beats in the background.

Given Haaksman’s skill at finding collaborators it seems surprising that some tracks are individual efforts, because, to be honest, they are less interesting than the more authentic collaborations. However, he has produced a really important album which demands to be listened to. A number of the artists featured here will be ones I will investigate further, with Amado and Guerane at the top of my list.