Big Boy Bloater Comes Out Of The Swamp! 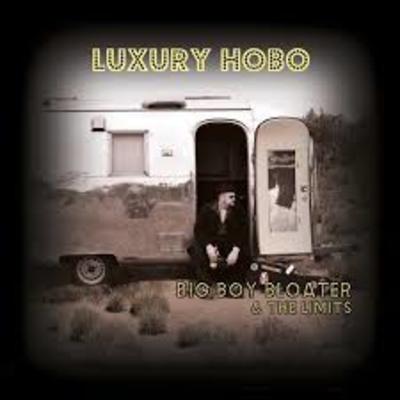 I was lucky enough to see Big Boy Bloater live a few years back when he was supporting Imelda May. I spoke to him at the merch table after the Sheffield gig. He signed a couple of CDs for me and also recommended that I watched the US serial killer series Dexter. Essentially he seemed like a thoroughly good bloke. The music of his that I have heard since then suggests that not only is he a good bloke, but one who turns out some excellent tunes.

In simple terms he and his band make some really authentic, swampy modern R & B with roots in the American south and one of the UK's finest bands Doctor Feelgood. The musicianship is sublime and supports the Bog Boys vocals which are reminiscent of one of the old school 50s or 60s R & B shouters.

If you like your R & B old style, or you love the blues, or you are a Doctor Feelgood fan or if you simply love bloody good music this is an album for you. The opening track "Devils Not Angels" draws you in immediately. I am not sure whether Mr Bloater ever visited the same crossroads as Robert Johnson but this is one of two tunes on 'Luxury Hobo' that includes Devil in it's title. The other one is "The Devil's Tail".

I referred to the sound of this album earlier as swampy, maybe that was a subliminal thing arising from my favourite track "It Came Out Of The Swamp". That song is accompanied by a stylish and devilish (that word again!) video which utilises the humble Lego brick and 50s B- Movie sci-fi in a very clever way.

"I Got The Feeling Someone's Watching Me" would fit perfectly on the soundtrack to any of the most recent American classic TV series; 'True Blood', 'True Detective', 'Breaking Bad' or even the previously mentioned 'Dexter'. That is the song that has been stuck in my head most since I listened to the album along with "All Things Considered" which gives Big Boy's raw vocals unfettered space.

Every song on this album seems to ooze with joy in that it sounds to me that Big Boy Bloater and the Limits really enjoyed recording it. An undercurrent of humour appears in many of the tunes for me, especially "Robot Girlfriend" and "Not Cool Man". This may be surprising as some of these tunes were written as Big Boy Bloater reflected on his bout with depression.

I also have a strong feeling that in a live setting this stunning set of songs will be enhanced even further. I defy you not to sing along to many of these songs especially the down low blues romp of "Luxury Hobo Blues". If you want to catch Mr Bloater live then get your skates on and bag yourself a ticket for one of his UK shows scheduled for May this year.