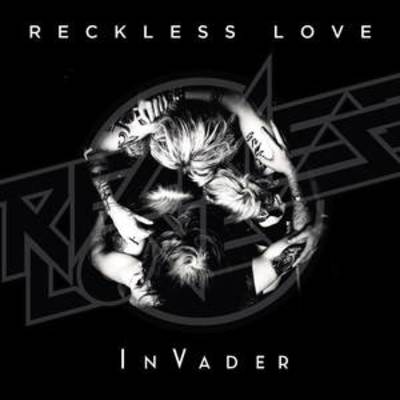 Guilty confession time. When I was a teenager, I went through a phase of being into Bon Jovi. It would take at least 10 Jägermeisters for me to listen to them now, but I grew up in a household where there wasn't much rock, so I started out listening to what I could find on the radio.

From the few pop-rock bands the analogue stations would play, I slowly realised I was more drawn to rock than anything else. Only then could I seek out the rock stations on the then-new digital radio, where my tastes slowly got heavier.

What has this got to do with Reckless Love, other than them being blatantly influenced by Bon Jovi and other pop-rock? I think they are setting out to play the same gateway role.

There is a lot in 'InVader' that rock purists will dislike. Opener "We are the Weekend" has annoying keyboards trying to sound like brass. Olli Herman raps the verses to "Rock It". "Keep it Up All Night" has a bit of a techno tinge, while slower number "Child of the Sun" is so Europop-influenced that the guitars don't even kick in until the second verse. There were many times while listening that I rolled my eyes and thought: "If I wanted to hear pop, I'd go down to the canteen where they play Radio 1!"

But maybe that's the idea: a bait and switch to pull in people who otherwise would have no rock in their lives. With mass media spewing out wall-to-wall processed pop and internet streaming algorithms giving people ever more that resembles what they already know, how would someone who grew up in a non-rock environment today ever find out if rock was their thing? Perhaps if something is poppy enough to, well, invade the mainstream, but rocky enough to spark curiosity about real music, it might just do the trick.

Fortunately, although the pandering to pop sensibilities necessarily makes the quality of the rock patchy, there is enough rock in 'InVader' to inspire further discovery.

"Scandinavian Girls" and "Destiny" are glam songs that pick up where last album 'Spirit' left off. "Monster" is hard rock reminiscent of the sound Slash adopted when he collaborated with Fergie. The line from "Rock It" that "It's not about what you say" seems to have been put into practice on "Hands" as the lyrics to the verses are just plain incoherent, but it's loud and fast, with guitar/keyboard solos taking a cue from '1984'-era Van Halen and a chorus written for maximum response live. However, the stand-out track is "Bullettime" for its wonderful prominent bass sound.

This album isn't my cup of tea, but then, I'm not the target audience. If you already know your rock, you probably won't want to get 'InVader' for yourself, but it might fit the bill for a young relative who is yet to be convinced of the merits of rock music. If he/she likes it, he/she might then start delving into Reckless Love's back catalogue and find that their previous album contains a song with a handy list of their influences in the lyrics.

Many joys await the novice who embarks on an exploration of those influences, but like all journeys, it has to start somewhere. While unremarkable in itself, if 'InVader''s strategy of targeting the masses makes more people realise that they like rock, it serves a very useful purpose.