School Of Seven Bells Close Out In Style 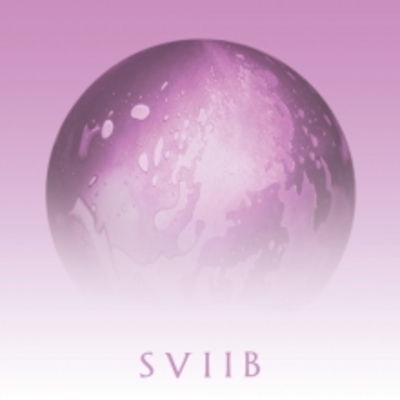 The fourth and sadly the final album from the School Of Seven Bells, 'SVIIB' was released last month on Full Time Hobby Records in the UK and Europe and Vagrant Records in the USA.

Usually final albums are the result of acrimonious band splits and perhaps ridiculous arguments. However in this instance it results from the terrible loss of a very talented man. Benjamin Curtis, one half of the band, passed away at the end of 2013 from a rare form of T-Cell Lymphoblastic Lymphoma with which he had been diagnosed just a year or so before. This left Alejandra Deheza as the sole member of the School Of Seven Bells.

She said that the record was written in the summer of 2012 and that "What followed was the most tragic, soul shaking tidal wave that life could ever deliver, but even that wouldn’t stop the vision for this record being realized". She took herself to Los Angeles to work on SVIIB with producer Justin Meldal-Johnsen, known for his work with Trent Reznor and Beck among others.

Deheza has described the album as the story of the School Of Seven Bells, a love story! It really is a beautiful and haunting work. Easily as good if not better than the band's previous albums. There are elements of the Cocteau Twins both the soundscapes and the range and power of Alejandra's vocals.

From the opening track "Ablaze" to album closer "This Is Our Time" there are plenty of real emotional and soulful peaks in an album that seeps with both. My favourite songs on 'SVIIB' are "Open Your Eyes", "Music Takes Me" and "A Thousand Times More".

This album for me is an anomaly in this digital age in that I can listen to it from end to end without wishing or needing to skip a single track. If you have never listened to the School Of Seven Bells before then this is a good place to start and I am sure that listening to this album will ensure that you delve deeply into their previous albums.

Do not mourn the loss off Benjamin Curtis and this truly great band but celebrate what he and Alejandra have left us in the School Of Seven Bells canon. This album serves as a fitting and loving epitaph for Benjamin and I know that Alejandra Deheza will bring us more great music in the future.