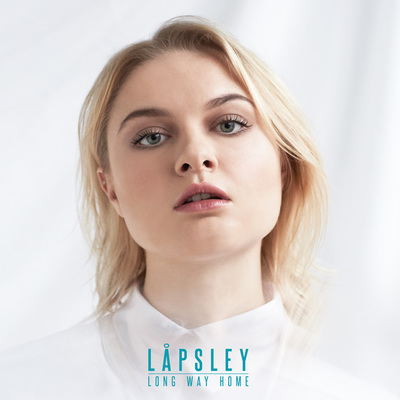 When I came across 'Painter', the first song I had heard by Southport raised teenager Holly 'Lapsley' Fletcher (Lapsley is her mother's maiden name), it was pretty clear that this was something special. Lapsley had taken what was on the surface an extremely simple structure, with layered, multi-octave vocals, repeating lyrics and gentle, chiming instrumentation and had woven a beautiful, melodic, hypnotising song.

When she repeated the trick with the possibly even more gorgeous 'Station' - her trademark lower pitch giving the impression of a duet in a song owing as much to the pace and pulse of the singing and the counterpoint between the different vocals as it did to the actual lyrical content - I was convinced that she was a major star in the making.

Perhaps my one worry was whether her signature sound (and she had created a sound that was uniquely hers in the space of two short songs) would work as well stretched over a whole album.

Well, now we can all find out as her debut set 'Long Way Home' has been released today. And the quick answer to that question is that it does work, and in some places quite brilliantly. Lapsley has retained that unique quality to her approach - the album is full of loops of electronic sounds, distorted vocals and the same type of lyrical beat setting that highlighted 'Station'. But she has also opened out her style beyond those electronic songs.

Take 'Hurt Me' for example. This is the most soulful, beautifully delivered torch song, featuring a minimum of tricks behind Lapsley's distinctive voice. It may have been written deliberately to act as a more commercial angle to her sound - she has admitted as much about current single 'Love Is Blind' - but that doesn't make it any less memorable.

Then there is the biggest shock of all on the album - Lapsley goes disco! Well, 'Operator (He Doesn't Call Me)' isn't classic disco, but it is very danceable and very entertaining complete with what sounds like a male doo-wop vocal backing group (almost certainly Lapsley herself, of course).

'Painter' and 'Station' are present and correct, and for more classic Lapsley you can try 'Cliff', lyrically enthralling with its repeating chorus line "I walk close to the edge with this boy without a name, I try to save him". Her structuring and repeating works best on the slower, more subtle songs - alongside 'Cliff' you can add the sparsely constructed 'Leap'.

And if you want evidence that she can put together the electronic moods of songs like 'Cliff' with the more soulful sound of ‘Hurt Me’, try album closer 'Seven Months'. This song builds from simple piano with the gradual addition of layers of instrumentation behind silky vocals. Lapsley worked with Mura Masa on this track - the partnership clearly gelled extremely well, and the sound they have found in 'Seven Months' may be the best indicator on the album of the direction her music will go in the future.

Not everything works - when she tries for a faster pace to her songs the repetitive lyrics sound a little monotonous (as on 'Tell Me The Truth' and 'Silverlake'). But overall this is a seriously impressive debut, and all the signs are that Lapsley is going to fulfil the promise that was evident from the first time I heard 'Painter' and 'Station'. She is an artist with a huge future ahead of her.