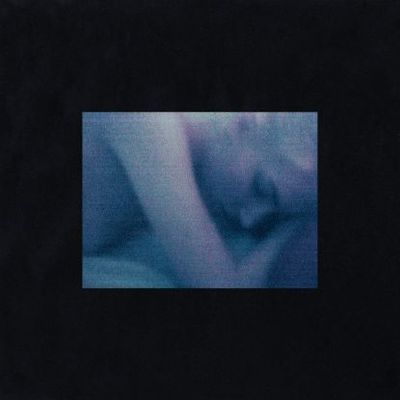 Luneworks is the musical equivalent of an overcooked Christmas dinner.

It’s alright, as truth be told you’d have to be pushed to not enjoy a Christmas dinner, but it’s not quite as good as you’d been expecting. The said expectation has been building, but the likelihood is that the M&S pre-prepared salmon starter you had beforehand was more satisfying. Sure you enjoyed the dinner, but in spite of this you can’t help but feel a little disappointed.

The debut album from Jack Colleran's MMoths has been a long time coming, and following the brilliance of his earlier EPs (self-titled Mmoths in 2012 and Diaries in 2013) the main attraction doesn’t quite live up to expectation. This is partially down to the fact that Luneworks doesn’t have any tracks that quite hit the heady heights of ‘Heart’ (from the first EP and featuring vocals from Shelly in Athens’ Sarah P) or ‘All These Things’ (from the second EP, with Holly Miranda on vocals), and partially down to the fact it feels disjointed without any real consistent flow. The sporadic inclusion of interludes end up fracturing the album, with the uncomfortable silences giving an air of disjointedness that don’t seem fully intentional.

This said, there are the occasional flashes of captivation. ‘Deu’, the album’s second track, really kicks Luneworks into gear with some sketchy ambience, and ‘Body Studies’ is superbly layered in both patience and beats in bringing a chill-out track to the level of club-night material.

‘Eva’ is the epitome of easy-listening with it’s simplistic beat and etherial keys, and album closers - ‘Naoko Pt. 1’ and ‘Naoko Pt. 2’ - are the sonic embodiment of listening to music from in a lava-lamp. Warm, hazy, calm.

As an artist, Colleran is still only twenty-two, and there’s plenty to be celebrated about his career to date. He’s toured with the likes of Aphex Twin and the XX, and most impressively Luneworks has been released through his own record label (OYAE).

As a body of work it’s not quite at the level of what Mmoths have released previously, but since when has been setting the bar high been a bad thing? The talent’s definitely there, and it’ll be interesting to see what it delivers next.