'The Hills' - Too Many Ideas, Too Little Execution 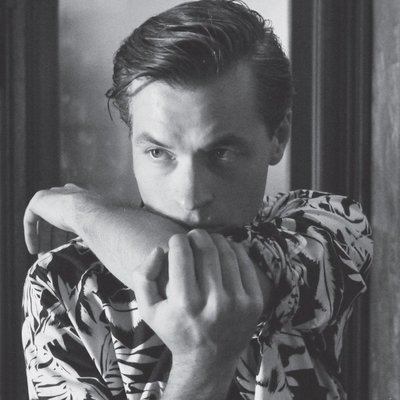 Nicholas Krgovich is clearly a talented composer and multi-instrumentalist, and he also has the ability to manage and bring together a diverse series of musical styles into compositions which make sense. However he also seems to suffer from an excess of ideas which ultimately don't really work together on record. On his new album 'The Hills' he comes across at times as a stage performer wildly overacting without any directorial control.

To be fair it's not all bad - there are some very good songs on the first half of the album. Recent single 'Sunset Tower' and 'The Place Goes Quiet' are solid cuts with a wide vocal range and nice variations of pace. The burst of strings that closes the album's first track 'The Hills I' is a harbinger of what is to come with two excellent string heavy tracks. 'Backlot Detail' culminates in a simple duet, but the voices that edge into the conclusion of 'Rock's Detail' feel slightly out of place. I’d sooner have listened to the orchestral sounding instrumental.

These songs build to the album standout track 'Mountain Of Song' where funky brass kicks in with hip-hop styling in the background. At this point Krgovich's scattergun range of ideas seem to be working as a cohesive whole, but it all collapses at the second half of the album.

'PCH Detail' is a pointless little track consisting of wailing synths, and the rest of the songs hold little interest, with 'Lookout Point' and 'The Hills II' closing the album in dreary fashion. You start to get the sense that Krgovich is throwing whatever he can think of at the tracks to see what sticks. Or maybe he has just run out of good songs to put on the album. 'The Hills' feels like a primer, not a completed work.

I suspect the problem might be that I have not heard the two previous albums in Krgovich's Hollywood trilogy ('The Hills' being preceded by 'On Sunset' and 'On Cahuenga'). Perhaps if I had this album, which turns a lens at some of the concept introduced in the earlier work would make more sense. Taken as a single piece of work however it feels disorganised and incomplete - a great pity, coming from an inventive and thoughtful musician.